The dictatorship of reason 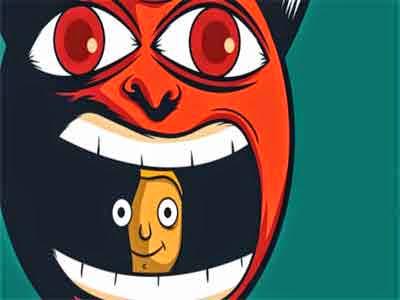 The desire to always be right can be the starting point for many problems and usually denotes deep insecurity. In reality, this attitude is more related to power than to reason, since the latter does not belong to anyone. There is no absolute reason, but rather different ways of reasoning. This means that everyone has their share of reason. Obviously, there may be arguments that are more valid than others, depending on the context or the reasons offered to confirm the argument. However, regardless of culture, it is often very difficult to determine what is more reasonable, because what seems right and appropriate to us at a given moment ceases to be so later.

So why do some people always want to be right?

Those who want to be right at all costs often start the conversation with the underlying idea that truth is something you can own. Therefore, they often have a perspective of things that is based on "black and white", "right or wrong", they believe that the truth is known or not known, they do not understand that sometimes the truth is built on the basis of What these people are looking for is not to propose better reasons, but rather they wish to silence other ideas that do not fit their own. These people experience discussions as real pitched battles in which the goal is not to reach an agreement, but to make their opinions prevail, without worrying whether the discussion is constructive or not. These people adhere to absolute truths. , are unable to evaluate their own arguments but take them for granted and get annoyed when others are skeptical. With this attitude they do nothing but protect themselves from ideas that can undermine their faith, they feel safe and hide their fear.You have probably met one of those people who always want to be right and you have certainly experienced that feeling of helplessness that you try to swim against the current. So, maybe, sooner or later you too will have given in by saying the "magic" phrase: "Okay, you're right". Did you do well or should you have kept steadfast in your arguments? First, it is important to note that people who always want to be right are essentially very intolerant. They are usually not open-minded, but rather live in their beliefs. As a result, these people actually do more harm to themselves than to others, because they isolate themselves by refusing to evaluate different perspectives and worldviews that could possibly make them happier. You can try to explain your reasons, invite them to put themselves in your shoes by explaining that you don't want to win but only communicate your opinions. However, if you see that our strategy is not successful, it is better not to insist too much as it would be wasted time and effort. It is better to close the discussion with a statement such as: "I see that we have different ideas and we are unable to reach an agreement so it is useless to continue talking about it".
Happiness: its optimal level ❯