The conflict: from the real problem to the pseudo-conflict 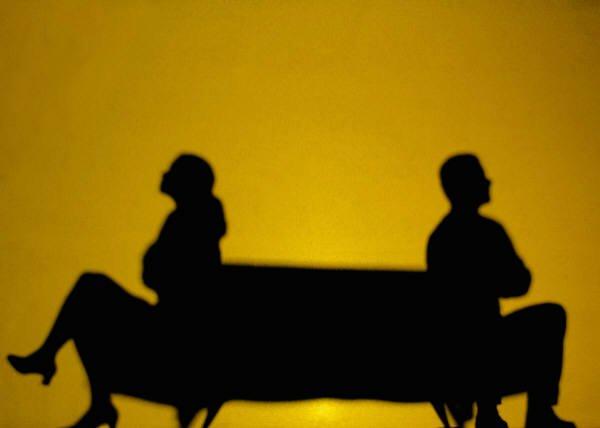 I conflicts,
small or large, they are often a constant in many people's lives and, of
fact, all of us have had to deal with it on several occasions. However,
the fact that a conflict situation exists does not necessarily mean that
a conflict occurs.

For the conflict to arise, it is necessary that the
parts become aware of the situation, perceive it and experience it as
conflictual. It is during this process that conflict really arises.
This is the moment when it becomes real for both sides. Depending on the
contours that the awareness will take on will appear different types of
conflict. Before mentioning the different types of conflict more
common we imagine a very simple situation: a couple has only one
TV and at the same time one of the two wants to see a sports program
while the other must absolutely see a movie. The conflict situation does
verifies starting from the existence of a common object (television) that
is requested simultaneously by both parties (husband and wife) with
different purposes (see different programs). It defines itself conflitto
authentic that which depends on the existence of a conflictual situation
objective which is perceived by both parties as such, in a homogeneous way
and accurate. In the case of our couple, if they both perceive the situation
as that the other really cares to see the claimed program (sport
him or the film her), then we will be faced with a genuine conflict. The
genuine conflict is the consequence of the existence of similar interests that
they are perceived as conflicting. It is defined conflitto
of incorrect attribution when each party attributes an interpretation
different to the objective conflict situation. This is the case with ours
couple if, for example, she interprets that he wants to see the program
sports exactly the same time when his film does not air
so much because he cares about the program but only to annoy him. In
conflict of attribution, the difficulty is not so much in the perception of
situation in itself but rather in attitude, in this case of
distrust and on the defensive, with which it faces. The conflitto
latent, as its name implies, it is what we are not yet
manifested in explicit behavior that identifies it but appears to the
basis of other conflicts and thus makes understanding difficult
of the same. If we continue with the example of the couple, we can imagine that
she interprets his desire to see the sports program as a will
of interposition, because this is a way to bring out any one
latent conflict between them. The pseudo –
conflitto it is characterized by the lack of a conflictual situation
objective and evident. This is the classic case in which we say “look at yourself
around "to find" the cause "of the conflict, but this is not visible.
However, the parties still live in a conflictual situation. Let's continue with the example of our couple, but
assuming they bought a second TV. They now have a TV in
living room and one in the bedroom. It might thus seem that they do not exist
more conflicting reasons, since everyone could see their own program
favorite without bothering the other. But… what if they both wanted to
to see their favorite show in the bedroom? Obviously, the pseudo
- conflicts they identify their conflict situation in the way in
to which both people relate and consider each other given that in reality
there is no major problem, and that the situation could be solved
easily to the satisfaction of both parties. However, the combination
between different types of conflict it's just the most common way these
appear. As the definition itself indicates, this type of conflict implies existence
simultaneous of various conflict situations that normally have their roots
in a latent conflict on which they are going to install, with the passing of the
time, the rest of the different types of conflict. Of course, it turns out much more
difficult to find a solution to this type of conflict.
Nietzsche's advice: that the rush to act does not prevent you from being ❯

add a comment of The conflict: from the real problem to the pseudo-conflict