The complexity of self-deception 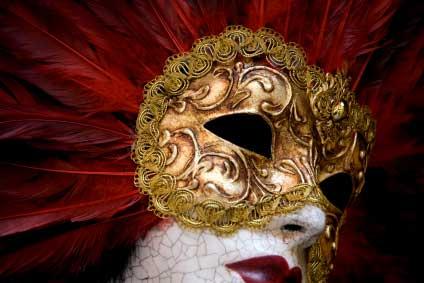 Theoretically speaking, a person could not lie to himself or at least it would be counterproductive, like shooting himself in the foot. But we all know very well that theory doesn't work like a well-oiled cog; then, it is enough to look carefully around us to detect how self-lies (a small neologism that I allow myself to create) are on the agenda. Or not? Do people really believe it or is it just a strategy to deceive others? One of the classic researches of Psychology claims to give answers to this question. 38 students participated in the experiment who were told they had to take part in a study that investigated the medical and psychological aspects of athletes. Of course, this wasn't the real goal of the experiment but the psychologists wanted to know how long people were able to keep their arms in the freezing water just to show that their health was perfect. Although however this task only showed how much people are inclined to autoingannarsi. Let's briefly approach the experimental design: The participants were asked to put their arms in ice-cold water, and at first they managed to keep them like that for a period of only 30/40 seconds. Later, almost by chance, they were commented that there were two different types of heart: - Type 1: related to poor health, a short life expectancy and, of course, a high probability of suffering from a cardiovascular heart attack. - Type 2: related to a normal state of health, a long life expectancy and a low level of risk of suffering heart accidents. Half of the people were told that those who belonged to group two used to have greater resistance to freezing water. The rest were led to believe exactly the opposite. After giving them this information, the volunteers had to go back to pass the water test. The results? I think you can already imagine them, manipulation (in the name of science) proved that people can vary their behavior over a very broad spectrum according to the "truth" they believe in. In the second test, those who thought resistance to freezing water was a factor indicative of their health showed greater resistance (they spent more time with their arms immersed in cold water) while those who thought less resistance to cold was synonymous with health, they significantly reduced their resistance. Each was then asked if they had intentionally tried to vary the time during which they kept their arms immersed in frozen water. Of the 38 participants, 29 denied having consciously influenced their resistance while only 9 confessed to having consciously varied their time. Once again people were asked whether they believed they had a strong heart or not. Of the 29 who denied their conscious influence, 60% thought they had a very healthy heart. What do these statements suggest to us? That people who are unable to discriminate the real motives behind their behavior tend to deceive themselves. In other words: they themselves believe the "truth" they tell others. This experiment is curious because it demonstrates the different levels in which there we deceive ourselves, shows how much easier it is to accept a lie when it makes us happy or gives us a particular certainty about the future. Self-deception would thus have a calming effect, it would be a strategy that we use from time to time to reduce the uncertainty of everyday life and give us an illusory feeling of control.

The difference between pity and compassion everyone should understand ❯