The coffee of well-being based on ganoderma lucidum 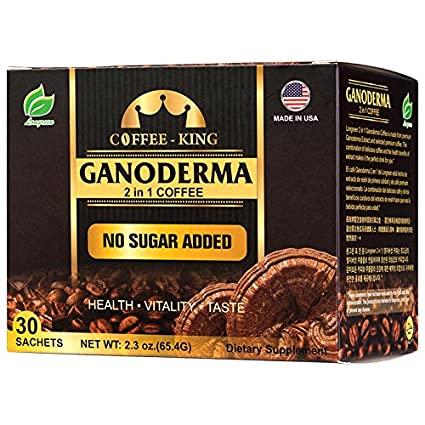 If you are at the bar counter, half asleep, and your eye falls on a sign that reads "try the wellness coffee, based on Ganoderma Lucidum", you are not going crazy or you have not misread.

This is one of the latest proposals, actually already known in the East for millennia under the name of "reishi"for its beneficial properties, alternative to the classic cup of coffee in the morning.

But what is it about? What does this preparation have in store for us and why would it be good for us? What are the criticisms? Below we will briefly explain its history.

Reishi, as it is known in Japan, or Ling-Zhi, as the Chinese call it - Ganoderma Lucidum is the scientific name -, is a rare and reddish-colored mushroom that grows solitary under oaks and chestnuts, known in the East for its special properties and consumed for over 4000 years.

Also approved in the country by the Ministry of Health as dietary supplement, ganoderma or reishi is proposed together with coffee blends and can be consumed both at home, dissolved in boiling water, and at the bar, served in a cup.

What is also known as the "Herb of Spiritual Power" would be able to act as anti-inflammatory, analgesic, antiviral, antioxidant, antidepressant, tonic and invigorating; pressure and cholesterol regulator, it would also be an excellent expectorant and anti-cough, anti-flu, pain reliever.


Not only that: the benefits of ganoderma would also be found for gastritis, ulcers, migraines, arthritic and menstrual pain; Finally, the intestine would also benefit. In short, it would be a miraculous global regulator of the organism.

Criticism of Ganoderma, a not so miraculous mushroom

But beware: beyond the acclaimed properties, Altroconsumo warns and speaks of a miracle-not-miracle; according to Efsa (the European food safety agency), the publicity that has been made of it is too general and unspecific.

Therefore "it suspended the evaluation of advertising statements relating to effects on the circulatory system, on the immune system and maintenance of cholesterol levels in the blood" - as explained by Altroconsumo -, while the Ministry of Health "provides for the possibility of using this mushroom. 'indication of a positive effect on the body's natural defenses ”.


Well or not, it is clear that, in the face of uncertainties, perhaps it is all the better to base the regulation and well-being of the organism above all on a healthy and balanced lifestyle.

Getting to know the reishi: this mushroom is widely spoken in the text of Frank-Daniel Schulten entitled "Reishi" (Ed. The Meeting Point).

100 grams of product cost about 13 euros. For the more curious, the taste remains that of coffee, defined by those who drank it even more full-bodied and soft.

Black Reishi, properties and use of the "miraculous" mushroom

Audio Video The coffee of well-being based on ganoderma lucidum
Natural diuretic supplements, what they are and when to take them ❯