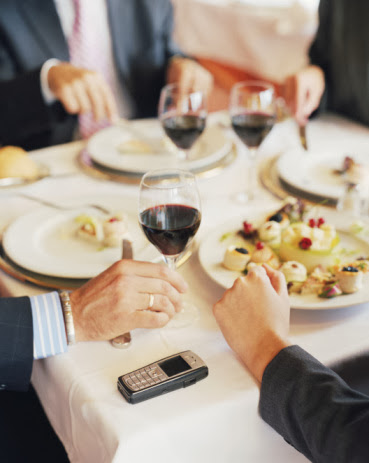 Right now, the fact that the mobile phones affect the quality
of interpersonal relationships is no secret to anyone. Indeed, it is a bit there
discovery of hot water. We will not be able to be fully present if, while
we are together with friends or family, the cell phone rings every five minutes
and forces us to divert attention.

However, now a group of researchers
took a step forward by stating that il
cellular it can come to influence conversations even if not them
interrupts. In practice, it would be enough to put it in view on the neighboring table
to us and to the sight of the other interlocutors. In reality it is a habit
quite common. We go to the restaurant with some friends and put the
cellphone on the table. Because? Maybe we're not even expecting one
important call but rather we do it mechanically; it's a habit
which could have unexpected consequences. The psychologists Przybylski and Weinstein
they recruited 34 people and formed random pairs. To each of these
they were asked to spend 10 minutes talking about an interesting event that was
happened to them the previous month. The interesting thing is that half of the
couples argued with, on the table at which they were sitting, a cell phone in
view. For the other half of the couples the cell phone was replaced by a lock
for notes and a pencil. After the conversation, ai
participants were asked questions about how they perceived the
their interlocutor. At this point the researchers discovered who had spoken
with someone who cared the mobile phone
on the table, she tended to view the person as negative. Also, people
they claimed that they would not like to be friends with them and see them again
this person. They also reported feeling more distanced from
person on an emotional level. The researchers wondered if the
cell phone had this effect because when we tell an important event
of our life, we expect to have all the attention of our own
interlocutor. For this they did not stop there and developed a second
experiment. This was practically identical to the previous one, only in this one
occasion people were asked to talk about more topics
frivolous, like the weather forecast, music or a movie. Once again,
the negative influence of the cell phone on sight was noticeable. Psychologists consider that the
cellular is a stimulus that acts on an unconscious level. That is, we see it and
we probably associate it with the idea that the other person does not intend to speak
truly with us. This simple association, which may or may not be real,
it would affect how we relate less to each other and how we value them
answers he gives us. Thus, just seeing the cell phone would have the same effect
prejudices. Of course, in this field there is still
space to explore. Would a traditional corded telephone have the same effect?
What effect does the mobile phone have on gestures? The questions are many,
we will have to wait a little longer for new studies to answer you. In the meantime, maybe
we better think about where to hide the cell phone when we are in
company of the people we love.
Chocolate: an anti-stress cure? ❯

add a comment from The cell phone: Presence alone influences the conversation