The artichoke, a valid friend of the liver 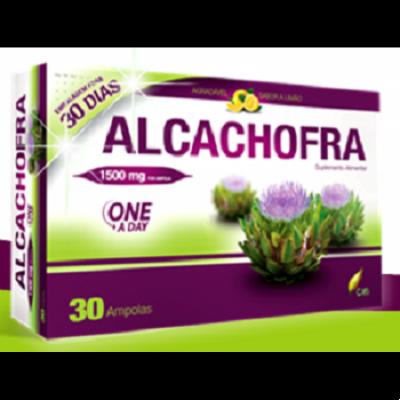 The artichoke (Cynara scolymus), once a very rare vegetable, is now widely cultivated in regions with a temperate winter climate. Already appreciated in the sixteenth century, as a diuretic and as an aphrodisiac, in the eighteenth century it was sometimes used as a specific remedy againstjaundice.

The therapeutic efficacy of this plant was, however, better evaluated at the beginning of this century, when it was realized its value in the treatment of diseases. hepato-biliary; an artichoke-based therapy was also developed: cynarotherapy.

Properties of the artichoke

The artichoke contains glucosidi e tannins and is very rich in cinnarine, a bitter principle that makes it particularly useful in disorders of hepatic origin, facilitating choleresis and diuresis.

In the form of tincture and decoction it is useful for liver and biliary dysfunctions, against rheumatism, arthritis and gout. The decoction is recommended for compresses and washes in case of tired and impure facial skin. Raw is recommended especially in the diet of anemics due to the high iron content.

Artichoke is also allowed in the diet of diabetics. Once cooked, it spoils rapidly, developing toxins; therefore it must be consumed immediately. It is also good to know that it is much more digestible the shorter it has been cooked.

The properties and uses of artichoke mother tincture

Parts of the plant used

In the plant we distinguish:


Fatty or enlarged liver? Here are the remedies

Audio Video The artichoke, a valid friend of the liver
Gluten-free sourdough: how to do it ❯

add a comment of The artichoke, a valid friend of the liver