The Art of Discovering Who You Are: Why, today more than ever, do we have to embark on the personal journey that followed psychoanalyst Marion Milner in 1920? 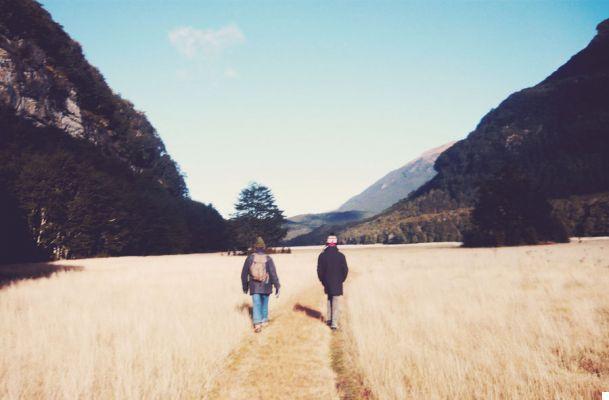 "One must know what he wants to be because irresolution produces false steps and generates confused ideas in the mind," wrote the French mathematician Émilie du Châtelet. But this internal, personal and profound knowledge can become a life's work, especially when you consider that the world always tries to tell you who you are and what you need to become, a world that, according to EE Cummings: "strives, day and night, because you are the same as the others ".

We are social beings and, therefore, our selves are sensitive to the values ​​of the people around us, people who can be very short-sighted when it comes to determining what gives us security and makes us happy, people who often aspire to achieve the wrong goals for their wrong reasons. Adjusting to their expectations can be a colossal mistake, the biggest mistake of our life.

Find out who you are: A rewarding journey that few dare to undertake

In 1926, Marion Milner, a British psychoanalyst and writer, forerunner of introspective journals, did an experiment on herself that lasted seven years. The goal was to find out what the beating heart of authentic happiness is and unmask all the bad decisions we make guided by our chronic addiction to satisfaction, understood as the search for social acceptance, prestige and popularity.

During her journey strewn with “doubts, delays and long walks on false paths”, as Milner herself described them, she kept a diary with the rigor of a scientific observer. He thus came to the conclusion that we are people who are profoundly different from what we think we are and that the things we pursue with the greatest frenzy are the very things that give us the least lasting joy and satisfaction.

In the preface to the original edition, Milner warns us:

“Nobody thinks it is an easy road, because it is about finding happiness instead of practicing a rigid duty or a great moral effort. What is much easier, as I discovered, is to close our eyes to what we really like, to let ourselves be carried away by the acceptance of the desires of others and to escape the daily analysis of values. And finally, that no one undertakes such an experiment unless he is ready to discover that he is more stupid than he thought ".

This warning is particularly illuminating because it shows us that the pursuit of happiness and one's "self" can be a tortuous path, because it involves getting rid of all preconceived ideas that give us security, or at least an illusion of security to hold onto. We can only be reborn when we are able to destroy everything we don't need. This process can be very difficult for many people. Indeed, the psychoanalyst later reflects on the feeling of extreme alienation and fear of being lost that she felt when the experiment began:

“I remember the feeling of being separate from other people, separate, away from everything that had been real in my life. I depended so much on the opinion that others had of me, that I lived in constant fear of offending, and if I thought I had done something that was not approved, I felt profound discomfort until I corrected it. I always seemed to be looking for something, always a little distracted, because I always had something more important to do ”.

His keen eye allowed him to notice the deep dependence we can develop on the opinions of others, also highlighting the distance that is created when you start to distance yourself from the expectations that close people have placed on you.

Milner also explains what was one of her main reasons for embarking on this peculiar journey, a journey of personal deconstruction that we should all undertake sooner or later:

“I felt that my life was a boring mediocrity, I had the feeling that the real and vital things were happening around the corner, in the streets, in the lives of other people. This is because I only perceived the surface waves of everything that happened to me, when in reality events of vital importance to me were taking place, not in a distant place, but right under the silent surface of my mind. Although some of these discoveries were not entirely pleasant, bringing with them echoes of terror and despair, at least they gave me the feeling of being alive ”.

What psychological tools do we need to embark on this journey?

The practice of introspection requires the recalibration of our conditioned perception. Milner set her critical thinking in motion and began to question her deepest beliefs about what made her happy. However, to make this happen he not only set his reason in motion but also his senses. He wrote:

“As soon as I began to study my perception, to observe my experience, I discovered that there were different ways of perceiving and that these different forms offered me different data. There is a narrow approach, which consists in considering life as flashing lights, with consciousness in my head as the center of attention, but there is also a broader approach which consists in knowing with my whole body, a way of observing that it greatly alters my perception of what I see. I found that the narrow approach was the path of reason. If one has the habit of discussing life it is very difficult not to approach sensations with the same concentrated attention and, therefore, to exclude their breadth, depth and height. But it was the broad approach that made me happy.

"Blind thinking could have made me pretend to be honest with myself when in reality I was just faithful to a childish fear that generated confusion, and the more confused I was, the more I called for a sense of conviction."

This new perspective inevitably leads us back to Taoist philosophy, which encourages us to use reason to discover socially inoculated limiting beliefs, but then pushes us to rely more on the senses as a way to discover ourselves and the world. It is a very difficult change of perspective to make, because we have not gotten used to and have spent a lifetime silencing our senses and praising reason.

Milner found that it was about recalibrating her perception habits, not looking directly at an object with attention but developing a more complete image with widespread awareness, a sensory experience, not a logical one. Therefore, he wondered:

“If just looking can be so satisfying, why have I always tried to have more things or do more things? Of course, I would never have suspected that the key to my happiness could lie in such a seemingly simple ability as letting the senses flow free from goals.

“They had continually urged me to define my purpose in life, but now I was beginning to think that life was too complex to stay within the limits of a single purpose. So I began to form a different idea of ​​my life, not as a slow succession of results to adapt to my preconceived goals, but as the gradual discovery and growth of new goals that I did not know ”.

Milner refers to the need to take that path by abandoning all initial goals, with the necessary open-mindedness to discover other goals along the way, goals that will likely be more in tune with your "me" and less responsive to social expectations.

The key to this journey is learning to flow, as Milner herself discovered:

I have always believed that the journey Milner has undertaken is a journey that we must all undertake, as soon as possible, to prevent life from passing before our eyes without living it. Once we have immersed ourselves to the core in society, we must take the reverse path towards individualization, the authentic one.

Let disappointment open your eyes without closing your heart ❯

add a comment of The Art of Discovering Who You Are: Why, today more than ever, do we have to embark on the personal journey that followed psychoanalyst Marion Milner in 1920?