The archetype of the Warrior

Find out what it is that makes a human being a true warrior, let yourself be inspired by this archetype and learn how to make it emerge in your life. 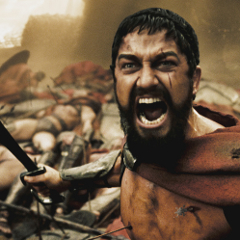 "You become a warrior the moment you take full responsibility for your life."

This is the second post of a miniseries of articles dedicated to archetypes of the adult human being. If you haven't done so yet, I strongly recommend that you read theintroductory article, which explains the model of the archetypes, the origins and its importance for your maturation process. After reading the various in-depth articles on the individual archetypes, don't forget to do the test to discover your dominant archetype.

Let's see today in detail the first of the 4 archetypes of the adult human being: the archetype of the Warrior. This archetype plays a very important role in your personal growth and, despite traditional suggestions, it has little to do with battles, bloodshed or sinister machismo; on the contrary, this archetype embodies qualities such as discipline, endurance and the ability to pursue one's goals with determination.

Let's start immediately with what have been the interpretations of this archetype in the most important human traditions and cultures.

The archetype of the Warrior: from the Spartans to the Amazons

The myth of the warrior is present in the culture and in tradition of the most important civilizations of the past. In ancient Greece, the Spartans they were considered exceptional warriors, selected and educated from birth to excel in the art of war. Characters such as Leonidas and his 300 leaders have entered the myth and have inspired dozens of writers and directors. We cannot forget the ancient Japanese warriors: i Samurai. Devoted to their Daimio, the Samurai devoted their entire existence to disciplined practice and to those noble principles that are well photographed in theHagakure - the secret book of the Samurai.

The archetype of the Warrior has been embodied several times in the course of history also by the female gender. Among the best known warriors there are undoubtedly the Amazons, dating back to Greek myths. But much more interesting are some single figures that have brought prestige to the female Warrior archetype: Ah-Hotep, the warrior queen of Ancient Egypt; Fu-Hao, queen of the Shang dynasty, who led an army of more than 13.000 soldiers in China as early as 1.200 BC; and finally Giovanna D'Arco, the girl of humble origins, who in the fifteenth century came to fill roles of the highest level within the army of a nation like France.

The Warrior archetype has always been an integral part of human history, but how can it become part of your history?

The child archetype: the Hero

In a normal maturation path, the Hero archetype manifests itself in adolescent age. In this period we feel the need for greater independence and we try to test this need by facing risky and frightening situations. Parents, out of an innate sense of protection, try to oppose these adolescent needs, but deny these sometimes risky but certainly positive rites of passage (a trip abroad alone, a trip with friends, etc.), it often leads children to take refuge in much worse rites of passage with negative connotations (smoking, alcohol, etc.).


Therefore, if this search for independence is not correctly channeled, it can lead to what we have defined as the shadows of the archetype:

The archetype of the Hero can therefore be matured only through a healthy affirmation of one's independence; this can happen in 2 ways:

Now that you know what it is that makes a guy a Hero, the time has come to find out what distinguishes a real Warrior and how you can make these traits a part of your adult personality.


The adult archetype: the Warrior

The archetype of the warrior (or of the Amazon) integrates in itself a precise of mix of features. Read them carefully, absorb them, let them inspire you and produce images in your mind that you can use in moments of greatest need. The purpose of an archetype is precisely this: to be a source of inspiration.

"There is no greater conqueror than one who has managed to conquer himself."

In short, our Warrior is a nice chap, huh? But as Moore teaches us, each archetype has its shadows to deal with ...

The shadows of the warrior

So let's see how to avoid the shadows of the Warrior archetype and instead correctly develop the characteristics outlined above.

Practical actions to become a Warrior

There is no standard recipe for maturing the typical skills of the Warrior, but there are nevertheless practical actions that you can take to absorb as much as possible these patterns of behavior and thinking.

This post concludes on the first archetype, that of the Warrior. I hope it… inspired you. In the next episode we will talk aboutarchetype of the Lover. Whether it intrigues you or not, I advise you not to lose it: it has unexpected surprises in store.

The archetype of the Magician ❯

The Way of the Warrior of Peace

Overcoming the obstacles of life: the secret of the fifth vertebra

Berlin, frankfurters and… the illusion of control

Nike + is the new trend of personal growth

add a comment of The archetype of the Warrior