The ancient and forgotten grains 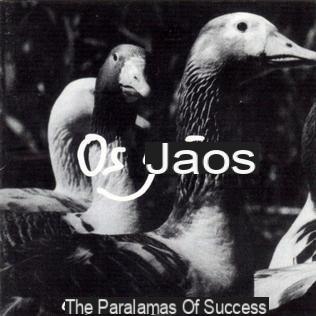 The ancient grains they were grown in the past and are wheat varieties not modified by man to get more yield or other sales-friendly features.

These ancient grains are the original grains grown prior to the arrival of chemicals of synthesis and modern agriculture.

Cultivating these ancient varieties again, they are often indigenous to the lands of origin, allows a recovery of the peasant tradition, of ancient knowledge, returns to the territory knowledge that is increasingly disappearing and enriching the environment with biodiversity.

Furthermore protect these crops of forgotten grains allows to increase the resilience of a given territory making it more capable of dealing with moments of crisis and changes.

The nutritional benefits of ancient grains are manifold and are primarily composed of a lower gluten content and more balanced which makes them more digestible even for people with classic wheat intolerance.

They are also often transformed into semi-whole or wholemeal flour with all the nutrients and a high intake of proteins, minerals and vitamins.

There are many ancient grains more or less known and cultivated in the country; among these we remember the cultivar Senatore Cappelli, Saragolla, Monococco wheat, La Verna, Tumminia and Gentilrosso.

La varietà più conosciuta di grano antico del paese è la Senator Cappelli, named in this way in honor of its best supporter, the Abruzzo senator Raffaele Cappelli, who rediscovered this cultivar by promoting it in the early twentieth century up to a good diffusion in the lands of Basilicata, Puglia and Marche.

The grain is hard and aristato while its composition sees the presence of proteins, lipids, vitamins and minerals in good proportion and with a presence of always relatively low gluten.

Another ancient grain you may have heard of is kamut, which is none other than a variety of ancient grain called Khorasan. The Kamut name was invented and registered by an American company who has begun to spread and promote it all over the world; in reality this ancient grain is also cultivated in the country with its real name of Khorasan.

This variety is suitable for human nutrition as it is rich in proteins, minerals and vitamins. In el country the variety of Khorasan called Saragolla, traditional of Abruzzo and Irpinia.

The Einkorn grain it is scientifically called Tritticum monococcum and is also known by the name of small spelled or Einkorn. Her origin is very ancient so much so that it seems to have been the first cereal cultivated in the Middle East starting 9000 years ago.


Its grain has a golden color and the flavor is highly appreciated because it has staste smokes that turn to nutty. Its nutritional composition sees it rich in betacarotene precursor of vitamin A; also his percentage of gluten is always low compared to modern grains.

The Verna variety is a grain of grains Red which is used a lot for baking; in particular it has the highest nutritional quality among these grains. AND an ancient variety of soft wheat of Tuscan origin.

The Gentilrosso it is a variety that has ideal properties for baking thanks to an excellent perfume and a composition suitable for the preparation of leavening doughs for the oven.


The big disadvantage that has also stopped her cultivation is the its difficulty in harvesting: being more than one meter high, the ears often folded during the mechanical harvest and this caused a lot of crop to be lost.

The rediscovery of ancient grains in Sicily: Timilia, Russello and Maiorca

These grains were already cultivated in the times of the ancient Greeks, so much so that the Timilia variety is described in the accounting documents of the goods with its Greek name, trimeniaios.

The Ruscia is a grain that was born from Ragusa variety after an adaptation to the Sicilian territory and from that moment it has not had any genetic mutation changes remaining stable over time with a high adaptation to the place of growth.

Majorca or Mjorca wheat, known as Triticum aestivum albidum, prefers arid territories; his is a niche crop, mainly organic, but it was already used in ancient themes for doughs, especially sweet but also salty.

The rediscovery of all these ancient grains in Sicily has given way to an agricultural movement that sees many young forgotten grain farmers then turn you into flour and products like pasta, bread and baked goods without going through large-scale distribution or being tied to large multinationals.

They have closed the circle by reaching km0 production where in their own territory a food product is grown and sold in the same area. This leads to many additional values ​​by restarting the local economy and rediscovering a lost tradition of forgotten flavors.

add a comment of The ancient and forgotten grains