The 7 qualities of truly cultured people according to Anton Chekhov 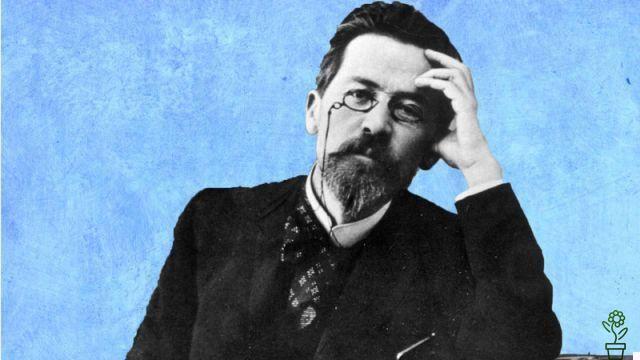 Culture is everything that enriches us, makes us grow and offers us tools to better understand the world. Unfortunately, there are still many people who believe that being educated simply means accumulating information. They are the classic braggart with the air of "know-it-all" who enjoy ridiculing all those who have not read the great novelists, have not seen many films, attended many plays or have not visited as many countries as they do.

In these cases, the culture takes the form of arrogance and, in a general sense, contempt for all those who are not at the same "level".

Anton Chekhov's vision of what it means to be educated goes far beyond the accumulation of knowledge, it is an enriching and profound perspective that encourages us to reflect. The great Russian writer distinguishes an authentically cultured person from one who has acquired information convinced that it places him above others.

When he was still very young, Chekhov wrote to his brother Nikolai when he was 28 and was starting to be famous as a painter in the Russian capital. The letter dated 1886 is actually a series of advice for an incipient artist who complained that no one understood him. His first piece of advice is a mission statement: “People understand you perfectly. If you do not understand yourself, it is not their fault ”, wrote Chekhov with extreme clarity. But his letter continues and each sentence is a true pearl of wisdom.

How are the educated people?

The cultured person is the one who respects others as individuals, he is a tolerant person who does not unload his faults on others but assumes his own responsibilities. They are flexible enough to accept different ways of thinking and acting than their own.

You learn more by listening than by speaking. A truly cultured person knows this and does not feel the need to continually exhibit his knowledge. Furthermore, he is smart enough to recognize what he does not know, and he does not lie to respect by avoiding projecting the image of an arrogant person.

Empty people have to make a lot of noise. Conversely, educated people don't need others to recognize them or flaunt their knowledge, slamming it in the face of others. Culture always goes hand in hand with humility.

Being cultured also means being aware of your talents and making a commitment to develop them. It means doing everything possible to grow as a person, even if it means making sacrifices and putting a lot of effort into it. We must remember that talent without perseverance does not bear fruit.

For Anton Chekhov, an educated person is also a person with dignity, who does not complain or cry over spilled milk. The educated person does not try to manipulate others by leveraging their misfortunes, he does not get stuck in problems but seeks solutions. He is also smart enough to take advantage of circumstances in his favor, instead of complaining just because the stars are not favorable.

Chekhov also related culture to intuition. This means that educated people do not fight lost battles in advance, because they are able to understand the human essence and do not ask others for more than they can give. Therefore, being cultured also means being pragmatic and objective, seeking authenticity, not only in ourselves but also in others.

An educated person is also a sensitive and empathetic person, not only in the face of injustices and pain that he encounters on his path, but in the face of everything that happens in the world. Chekhov could not conceive of a culture alien to human suffering and joy.

Finally, Anton Chekhov added: “So are educated people. To be well-read and not stay below the level of your neighbors, it is not enough to have read The Pickwick Circle and memorized a monologue from Faust. What you need is to work constantly, day and night, constantly read, study, want. Every hour is precious. Rest and get rid of your vanity ”.

Being educated is the only way to be free

There are many types of culture. Being educated is not limited to reading many books and accumulating academic knowledge. Understanding culture from a broader perspective will make us more tolerant and free people.

There is an intellectual and artistic culture, but also a physical culture that implies the care of our body, as well as an emotional and psychological culture that allows us to maintain a personal balance and a constructive attitude towards life.

There is also a professional culture, which not only implies being really good at our job, but also enjoying it. And there is also a culture of free time, which includes all those things we can do in our free time to grow as people and learn more about the world around us.

Cultivating ourselves on different fronts will allow us to live in a more balanced and enriching way, but it will also make us more independent, free and less manipulable people.

Expectations: 3 reasons to get rid of them ❯