The 5 Best Exercises for Bigger Biceps 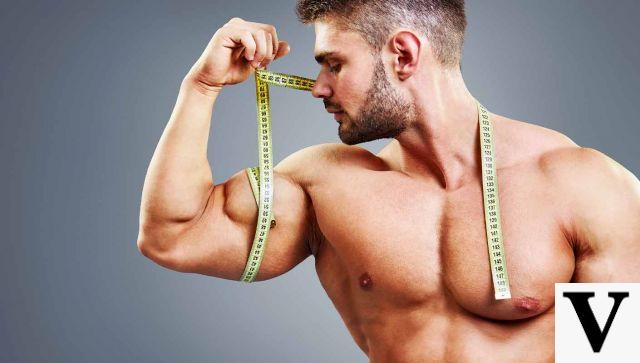 
As summer arrives, many people feel the need to show their arms more but short sleeves or not, there is no reason to go easy on biceps training… As arm season is all year round! But what are the 5 best exercises for getting bigger biceps? In this article you will find 5 exercises for shredding biceps sleeves!

Preacher curls, also known as Scott Curls, owe their name to Larry Scott, the first (twice) winner of Mr Olympia from 1965 to 1966… whose arms measured over 50cm!

Now ask yourself… how many guys do you see in the gym with such big arms? Clearly Scott knew something as credit for his incredible arms was given to a grueling preacher curls program.

His program included tremendous isolation of the biceps and powerful involvement of the brachial muscles. The brachialis muscle is the muscle located just below the biceps and for this reason, performing preacher curls effectively, "pushes" the muscles of the upper arms to enlarge your arms even more.

Contrary to popular belief, a small movement of the body during this exercise is perfectly acceptable. Next time, try bending back slightly in the lower part of the movement and try bending forward slightly as you lift the bar up to your chin.


This technique will allow for an excellent stretch and contraction of the biceps, making this exercise much more difficult ... but more effective.

This exercise probably stretches the biceps like no other exercise. The dumbbell curl seated on an incline bench boasts the relationship between relaxation and tension, resulting in a more powerful contraction that stimulates muscle growth.

Due to the position of the elbow (pulled back and away from the body), the long head of the biceps takes on most of the work.

You probably want to focus on the long end of the bicep as it is the most visible! It is worth mentioning that the bench press must be adjusted to a maximum angle of 45 °, using a lower angle (flat bench) will offer more muscle relaxation but will also increase the risk of injury, leading to possible inflammation of the head tendon. long.

It can also happen using too heavy a load, this inflammation is often perceived as a pain in the shoulder.

If you are training for maximum muscle growth, your training must be based on the physiological function of the muscle involved. In the case of the biceps this means not only flexing the elbow (curling) but also supinating the elbow (turning the palm upwards) - and this is where using the dumbbell beats typical barbell exercises.

When using a barbell your wrists are locked in the same position during the movement, which makes supination impossible. Supinated curls are no secret, yet many gym-goers still have problems with the correct execution of this exercise.


First of all, the wrist must be completely supinated before the angle between the forearm and bicep reaches 90 °. To make sure your wrist is supine - focus on your little finger by wrapping it around the handlebar and turning it outward as far as possible. This will ensure maximum supination and optimal work of the muscle fibers.

Just to make sure that the short, inner head of the biceps receives more stimulation in this movement, you can use a deflected grip, where the hand is positioned as far out as possible with the thumb sticking to the disc of the dumbbell.

Concentrated curls are often a misunderstood exercise as they are believed to shape the peak of the bicep rather than enlarge it. Unfortunately the shape of the biceps is determined by genetics - anyone CAN have big arms… but it depends on Mother Nature whether they will be flat like a sole or pointed like a mountain.

Nonetheless, concentrated curls are a fantastic exercise for training the long head of the biceps and isolating the muscle. The reason is that the concentrated curl avoids any shoulder movement and eliminates the possibility of bouncing the weights.

But how is it possible that another isolation exercise with low loads increases the mass? Let me give you the example of a power-lifter from the 70s: David Shaw, whose arms measured 53cm.

Well, guess what his favorite bicep exercise was… the concentrated curl! Isolated or not, Shaw was said to lift 45-pound dumbbells for 5 reps in this exercise. The important thing to consider when performing concentrated curls is the correct position of the elbow, which should be placed on the inner thigh and not on top (a common mistake for many). If you find that you can't fully lower the dumbbell without touching the floor, simply lift your heels - at the same time make sure you don't stretch your bicep too much… as this can lead to injury.

This exercise needs no introduction - as it is also considered the best of many bicep programs! The barbell curl is thought to be the best exercise for mass. Despite this, the barbell curl ranks fifth on this list… but why? Barbell curls are one of the best mass builders simply because they involve a large number of muscle groups just to stabilize the body.

This idea can be perfectly illustrated by imagining someone lifting a heavier load than they can… and instead of lifting the bar with their biceps, they end up being lifted off the bar! For this reason, in terms of "minimum expense maximum yield", barbell curls are an essential exercise for the arms but do not totally isolate the biceps as powerfully as in preacher and incline curls or concentrated curls (as shown in electromyography). ).

That said, the barbell curl has an advantage as it allows you to easily… cheat! Using the momentum to be able to lift the bar may not be nice but it is very effective in growing your arms because it allows you to use greater loads (than normal) in the negative phase of the movement.

This damages the muscle fibers. But cheating curls can lead to injuries if you're not careful! I personally recommend doing them at the end of your workout, when your biceps are already fatigued and you have probably already warmed up adequately. Make sure you maintain a stable foot position and keep your abdomen contracted, pushing the weight with your legs instead of your torso, at the same time not letting the barbell hit your quads!

The key is a slow, controlled movement in the eccentric phase - 3-4 seconds to lower the bar while keeping the biceps taut.

So if you're looking to build your biceps, start introducing these 5 awesome exercises into your training regimen! But remember: focus on execution, because it is better to use a light weight by doing an exercise correctly rather than allowing your ego to take over and risk getting hurt!

add a comment of The 5 Best Exercises for Bigger Biceps