The 3 behaviors we consider dumbest 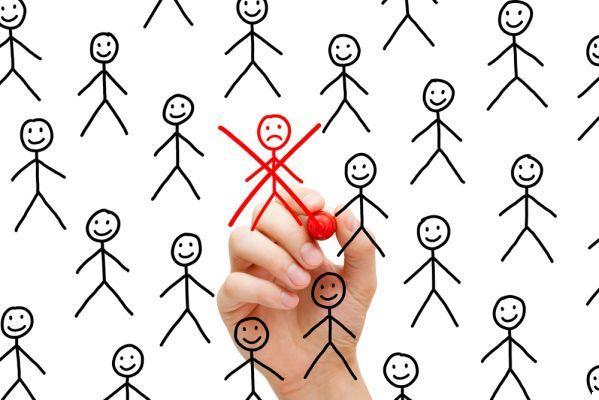 Whether we like it or not, i social judgments they determine some of our behaviors and decisions, even on a subconscious level. In fact, a study conducted at the University of Michigan showed that rejection and social exclusion share the same neural networks that are activated when we experience pain. That is, social rejection hurts us because at the brain level we are programmed to gain group approval, an ancestral mechanism that ensured the survival of our ancestors. In this regard, new research has decided to identify the behaviors that most some people consider more foolish or stupid. These psychologists collected a number of stories from Anglo-Saxon magazines and newspapers in which descriptions of people who had shown "Stupid behavior". University students were also asked to keep a diary of events in which they had been involved or witnessed and which included behaviors considered unintelligent, thus collecting a total of 180 stories and choosing some by manipulating the consequences, as well as the level of responsibility of the person involved. Later these stories were shown to other people, who had to catalog them taking into account various factors. So it turned out that there are some behaviors that appear particularly stupid to us:1. Overconfidence due to ignorance. It refers to people who take risks because they do not know precisely the consequences of their actions, because they do not have the necessary skills or are not sufficiently prepared. According to the interviewees, this type of behavior is considered the most stupid of all. An example is when we invest in a new business project that we believe in, but which fails because we have not analyzed the market and taken into account the real potential.
2. Lack of control. It mainly refers to behaviors that involve a lack of control caused by obsessive or addictive traits. Apparently, respondents believe lack of self-control is a big problem, especially when it prevents us from enjoying life and satisfying our social compromises. An example is when a young man cancels a date with a good friend for no good reason, just because he doesn't want to stop playing a video game.
3. Mind absent. It refers to people who make mistakes because their mind is somewhere else while they are carrying out the task. Respondents believe this behavior is stupid and can harm us, unnecessarily exposing us to mistakes that we could have avoided by paying more attention. An example is when we are at work, but we are wrong, because we are thinking about problems left at home. This explains why we tend to be so critical of people who wield power or a certain leadership, such as politicians, for example, as we have asked them for greater responsibility.

Avoiding senseless behaviors allows us to live a fuller life

The interesting thing is that the behaviors that people classify as more "stupid" also contain some great life lessons. In fact, we do not avoid this type of behavior simply because our culture classifies them as "stupid" or unintelligent, but rather because they take away points in terms of social status.
1. Ignorance vs. Preparation. When we learn to be proactive and look to the future, we take a firmer step and with greater confidence, avoiding mistakes that could cost us dearly, both financially and emotionally. Indeed, going into the unknown without considering the consequences is foolish and can end up undermining our self-esteem for inadequate reasons.
2. Lack of control vs. Self control. Self-control is one of the most important skills we can develop during our life and allows us to seize opportunities in a timely manner avoiding painful situations. Indeed, self-control does not mean limiting oneself but, on the contrary, it is the opportunity to be truly free, because we will not be slaves to our emotions or desires.
3. Absence vs. Presence. Living suspended between the past and the future, between worries and a sense of guilt, ends exclusively by preventing us from living in the present. If we are not able to take advantage of every moment, life will slip away from us in an instant. Therefore it is very important to develop the attitude that makes us be fully present, only in this way can we enjoy the wonders that each moment contains.
The 3 levels of self-knowledge you need to go through if you want to know yourself ❯

add a comment of The 3 behaviors we consider dumbest