That's why you absolutely must kill the cow (Zen tale) 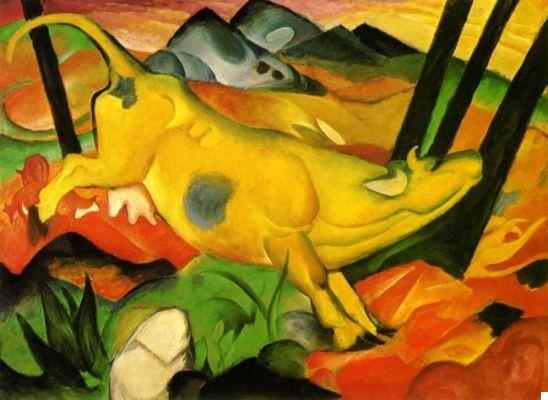 Today I want to talk to you about one zen history which particularly impressed me. Don't be fooled by the title - I don't mean to urge you to actually kill a cow! This is obviously an anecdote that, through the cow symbolism, it can awaken us from the torpor in which routine traps us. On the other hand, the story zendespite their simplicity, they always offer one precious opportunity for reflection. They provide us with educational ideas very interesting and effective to meditate on to grow and improve. Sometimes even illuminating. So, without getting lost in further chat, I'll bring you below the zen history in question and further below you will find my observations, the lessons we can draw from them and how to put them into practice.

The zen tale of the cow

Once upon a time there was a Zen master who once a year visited the lands in the region where his monastery was located. One day, while walking in the countryside with a disciple, he suddenly came across a humble wooden house, inhabited by a couple and their two children. All were poorly dressed, in dirty and torn clothes. They had bare feet and both the house and the surrounding land showed a condition of extreme poverty. The teacher and the disciple were welcomed by the family, but with extreme regret the father said to the teacher: “We are poor, we only have to offer you a soup and to do this our two children will not be able to have theirs. All we have is a cow that gives us milk every day. We need part of the milk to live, the other part we sell to be able to pay the bills. In this way we survive. " The master and the disciple stopped for dinner and at the end, after thanking the family for their good heart, they said goodbye and left. Moving away the master said to the disciple: "Look for the cow, take it to the top of the cliff and push it down the ravine". The disciple was startled, because the cow was the only means of subsistence of that poor family, but he obeyed the master and with great regret pushed the cow over the precipice. Years passed and the teacher died. One day the disciple who had become a monk decided to return to that place to find out what fate had reserved for that poor family. Approaching that place he began to see cultivated fields, a beautiful house, a stable and many children playing in a beautiful garden. The monk was surprised, believing that the poor family had had to sell everything to survive. Then he asked the father of the family what had happened and he, with a smile replied: “We had a cow that gave us milk and thanks to that we survived. One night the cow fell off the cliff and died. So from that day on we were forced to do new things, farm the land, build tools and develop new skills that they didn't even know they had. In this way, albeit with a lot of effort, we began to prosper and our lives changed ”.

The teachings of the Zen story of the cow

What does this teach us zen history? First of all that we must not remain anchored to our routines for life. Of course, there are also positive routines, which help to be constant, such as sports ones. I am a runner and every day I go running along more or less the same road. It's a routine, it may seem boring, but it helps me to play sports and stay fit. It is not this type of routine however that is referring to zen story of the cow, but to those false certainties we cling to, to those small or large things that we think are our everything despite clipping our wings, forcing us to stay still, without ever evolving. People cling to habit like a rock, when instead they should break away and throw themselves into the sea. And live. Charles Bukowski So if you really want to know what to do, I suggest you first start identifying your "cow": already being able to be aware of the existence of a "cow" that is somehow blocking you is a fundamental first step to get rid of it. Usually the "cow" is something you feel is causing you unhappiness or dissatisfaction. It can be a couple relationship, a family or social dynamic, a job, an activity. Or any other path that you have taken, and from which you have difficulty breaking free. In conclusion, try to identify what is blocking your potential, what is it that limits you in life and does not allow you to take flight. What is it that absorbs your time by not allowing you to take advantage of the opportunities for improvement that arise. And doing this analysis, be as honest with yourself as possible: include in the list of your "cows" also everything that apparently seems necessary and safe to you; a bit like the cow in the zen history which was the only source of sustenance for the family. Considers that even what makes you feel comfortable is not necessarily the right thing for you, as it could be yours comfort zone in which you are only apparently okay, despite the total lack of progress.

What happens once the "cow" is killed

When you kill your "cow" you perform a act of courage and you set yourself up for success: as Napoleon Hill, the author of the famous book, also teaches us Think and enrich yourself (which I highly recommend you read), anyone who wants to be successful in a business must be willing to burning his ships and cutting bridges to prevent himself from retracing his steps. Only by doing so can you ensure that you maintain the "longing to make it" state of mind that is essential to success. Therefore, the ideal would be that you put yourself in the position of not being able to go back, of having to find alternatives, a bit like the family in zen tale of the cow, which inevitably had to get busy along new paths. Also think about what would have happened if the family hadn't lost the cow. She would simply go on living for the day, getting by and inevitably staying poor, all without even imagining that she had any hidden potential through which to evolve and thrive. The apparent tragedy of losing the cow actually turned out to be a great opportunity. It was the beginning of a new path. When you kill your "cow" therefore you discover qualities that you did not even imagine you had. Do you realize that you have skills that you are simply not exploiting and capitalizing on. Skills you are deliberately deciding not to use. Clearly you cannot wait for a master to come in your life to kill you the "cow". You have to do it; you are your own master! You are the master of your life, the one responsible for who you are. The only one who can take the reins of your life, also making "shock" choices, of breaking.

Then a stop complaining, passively accepting a life you don't like, whose prospect is grim and tiring. You have potential that you are not exploiting, which you can bring out only by coming out of your apparent certainties. You have no limits: take this step, throw your "cows" at the bottom of the ravine. When next time you have to make a decision, do not listen to the little voice that blocks you, but act and change!