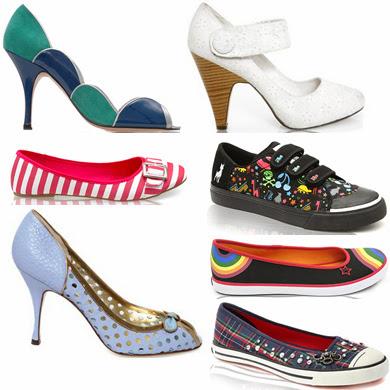 Even if we don't like to recognize it, every day we make dozens of decisions starting from the appearance of people or the objects around us. We feel tempted to buy a book attracted by the cover, we evaluate someone by the clothes they wear and decide whether or not to enter a bar depending on the external appearance of the place.

In reality, these are not prejudices, not in the strict sense of the term, but rather quick assessments that we need to make immediate decisions. After all, we won't be standing in front of a bar for half an hour to decide whether to go in or not. We simply take a quick look at the place and if we don't like what we see, we move on to the next one. The same thing we do with a website.

Now, researchers from the University of Kansas have attempted to analyze our tendency to quickly evaluate things by their appearance. These researchers have carried out a very curious study in which it is shown that we are able to evaluate them with a certain accuracy personality characteristics of someone just by observing yours shoes.

63 students took part in the study, who were shown 208 photos of different pairs of shoes that belonged to the volunteers taking part in the experiment. These volunteers filled out a personality questionnaire and then gave the boots that researchers used more frequently.

The 63 participants were asked to see the pictures of the shoes and to determine the gender, age, social status and personality of the owners. Some of the traits had to indicate: introversion or extroversion, liberal or conservative, emotional stability, amiability, openness to new experiences and responsibilities.

The researchers found that people were very accurate in their conclusions and that they could identify up to 90% of personality traits more important than the owners of the shoes.

Obviously, the most expensive shoes were often associated with people with high incomes and high social standing, the colorful models were associated with extroverted people and used shoes in perfect condition were associated with responsible people. On the other hand, people who had more liberal ideas and who classified themselves as free thinkers tended to wear very cheap and comfortable shoes. Of course, many of these associations are obvious, but others aren't that obvious.

Thus, it turned out that practical and functional shoes related to lovable people, ankle boots and boots to aggressive people, and models with less attractive designs associated with quiet and modest people. Researchers also appreciated that people tended to associate "boring" shoe designs with characteristics such as repression and a lack of willingness to help others.

And if that wasn't enough, people were also able to gauge the degree of emotional stability of the shoe owners. In psychology the term "emotional stability" refers to the ability to manage emotions in such a way that they do not interfere negatively in the different spheres of life. In this way, it was found that those who tended to choose new brands and took care of the his shoes, he manifested even greater anxiety.

In fact, almost everything we own is an expression of ourselves. If we go to a store and choose a pair of black shoes instead of red, this would indicate that we don't want to attract attention. Similarly, if we choose comfortable shoes rather than heels, this would show that we value comfort and practicality more than beauty standards and social norms.

When we are choosing a sofa, a pair of shoes or a dress, our personality is fully manifested. Thus, it is not strange that others can discover it through the objects we use every day.

Tell me "hello" and I'll tell you how you are ❯