Superstition: When it makes us happier and more competent 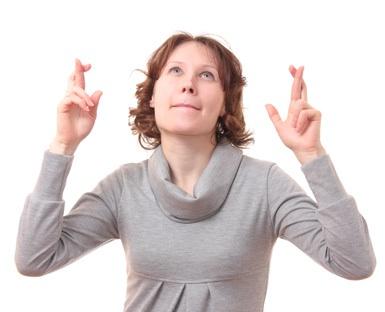 La superstition
it is generally seen as something negative. We think you believe in
magic and miracles is something irrational and antiquated. However, too
thus, it is certain that there are many studies that show us that almost all of them
we believe to some extent in the supernatural, and this is a phenomenon that yes
it manifests even in the most skeptical people. We are all mystics, only that
some are more so than others. The good news is that superstitious thinking or “thinking
magical ”, even when reality previews it, has its advantages. These beliefs
they offer psychological benefits that logic and science cannot always
to offer. Which? Basically a sense of control and meaning. For example, touching iron or wearing an amulet
lucky charms are superstitious beliefs that serve to relieve tension
when we feel we are not in control of a given situation. In
these moments, these rituals give us tranquility and, effectively,
improve our performance. Obviously, it's not that the amulet or the ritual have
truly a magical power in itself but rather we believe it. And this is
precisely what creates in us the illusion of control that improves confidence
in ourselves and allows us to respond much more assertively to
environmental needs. For example, in a study directed by the psychologist
Lysann Damisch of the University of Cologne, participants were given one
golf ball. But only half of these were told that this ball had
brought luck to players who had used it before. Results? Who believed
to have the "lucky ball" made 35% more good shots than
who was not told anything and therefore did not think they had a ball
special. In a study carried out by the anthropologist Richard
Sosis of the University of Connecticut, it was found that women who
they recited psalms to combat violence, they felt calmer and
they were more likely to leave the house than those they had passed through
similar situations but which did not show superstitious behavior. As much in one experiment as in another, people do
they abandoned into the hands of their superstitious beliefs to obtain a
more control and this allowed him to perform better. Another of the more widespread magical laws is that “everything
happens for a reason ”, there is no chance. This is called: “reasoning
teleological ”, which assumes the intentions and objectives behind it
to situations of everyday life. This is because we are used to
to give a logical explanation to everything, to find an intentionality in the world.
For this, when we do not find it, we think that there is a hidden reason that
we will find out in the future. Certainly this type of illusion is also useful to
psychological level. A research directed by the psychologist Laura Kray of the University
of Berkeley, determined that all people interviewed were alluding to a
inflection point in their lives. Curiously, while the impact was deeper
of this shift the strongest were the superstitious beliefs of attribution
like: “it turned me into what
I am now ”,“ gave meaning to my life ”… In short, the belief that the
fate comes to our aid to better live our own life contributes to
create a coherent story that gives it meaning. Of course, this idea also works when you do
it deals with prejudicial or negative inflection points. In a direct study
by Bowling psychologist Kenneth Pargament
Green State University, it has been shown that the students who perceived
negative events as "part of God's plan" showed greater
personal growth. In other words, these problems made them more resilient,
more extroverted and opened up new perspectives for them. Obviously, these benefits of superstition do not
they mean that magical thinking has no drawbacks. At worst
of cases, this can lead to obsession, fatalism or even the
psychosis.
The tendency to imitate others ❯

add a comment of Superstition: When it makes us happier and more competent