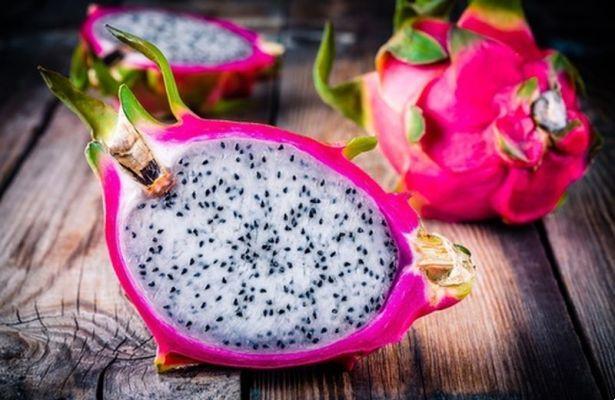 The definitions of superfruit and superfood are not based on any scientific basis. This is a trade term, used for marketing purposes primarily to indicate a highly nutritious food or with particular positive effects for health and well-being in general.

Let's see together a list of those that are most commonly considered superfruits, with theirs beneficial features, in order to get to know them better and compare them.

They don't sound exotic at all but prunes are a concentrate of polyphenols, excellent antioxidants which, in the case of this fruit, also have a fair amount power in the maintenance and reconstruction of bone tissues which has been scientifically found.

Açaí is a tropical fruit, Amazonian, a berry which some tribes still feed on. It is known for its extremely powerful antioxidant properties, given by special anthocyanins. It is typically found in powder or frozen puree.

Read also All the properties of superfruits >>

There must be a reason why an apple a day keeps the doctor away. In fact apples, especially the wild ones are very rich in quercetin, a polyphenol of the flavonoid group which has remarkable power in prevent numerous forms of lung cancer.

Avocado is considered the best source of monounsaturated fat in nature and only olives come close to it. Its high percentage of oleic acid is a perfect tool for keep the so-called bad cholesterol at acceptable levels.

Yes, even the delicious strawberries are considered a supefruit. Because? Due to the high percentage of ellagitannins, a powerful polyphenol very active in fighting colon and cervical cancers.

Recent scientific studies made in the country have shown that kiwi is part of the superfoods for very high percentage of ascorbic acid content, particularly suitable for fighting asthma.

Here is one of the most underrated superfoods, sour cherries or sour cherries (including sour cherries and morello cherries). It is a fruit extremely rich in various flavonoids antioxidants that keep cholesterol and blood sugar levels under control, they help in the production of melanin, and finally keep the blood vessels elastic.

Among all the berries, rich in vitamin C and antioxidants, le blackberries are the one with the highest percentage of polyphenols and anthocyanins.

It is no longer a mystery that black grapes and their derivatives, especially juice, must and wine, are the best source of resveratrol, a phytoalexin with anticancer powers and particularly known in the news for increasing the longevity of life.

Another fruit of the forest as precious as it is good, the blueberry it contains anthocyanins which help in particular to keep the nerves, brain and eyes healthy.

Durian is an exotic superfruit known, indeed, infamous, for its odor at the limit of tolerability. On the other hand it is one of the best superfruits, very rich in flavonoids, B vitamins, tryptophan able to regulate nervous activities.

Mango is the undisputed king when it comes to vitamins of group A. It is the best source of carotenoids in nature and the most important superfruit for those who care about the health of the skin and sight.

Dragon fruit, a spectacular tropical fruit, does not shine for taste and nutritional properties, however its numerous black seeds are extremely rich in fatty acids, very useful for the health of the human body, in a variety and concentration not found elsewhere in nature.

If the tomato is considered a superfood due to its contents of lycopene, a carotenoid responsible for the red color, very important for the fight against free radicals and for the improvement of sight, then we should crown the gac as the king of superfruits. In fact, the gac, the Indochinese fruit whose juice is on the market, has a concentration of lycopene 70 times higher than that of tomato.