Sugar free for a year, the story of Danièle Gerksens 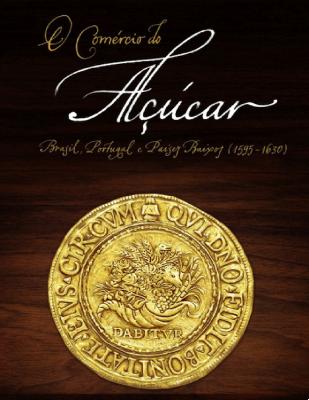 Danièle Gerksens, a French journalist, has decided to remain sugar-free for a full year of her life, calling hers a "magical experience".

Given her personal family history, which has always wanted her to be sensitive to food issues, including diabetes, Danièle has experimented on herself 365 days of deprivation and then he wrote a book entitled "Zéro sucre".

The result? Six kilos less, a brighter skin and with less wrinkles and beneficial effects not only physical but also psychological. But let's get to know its history more closely.

Elle's journalist and health and wellness specialist tested a sugar-free diet for a year. His unique experience has left its mark, so much so that there are numerous programs that talk about it, here is an emblematic video that will tell us about it through an interview taken from Le Figaro.

What he ultimately wants to convey through his writing are a series, about a hundred, of iinformation and simple tricks to follow to get immediate results and make it easier to eliminate white poison.

Sugar, as we know, is now omnipresent in our diet, so much so that it unexpectedly and unexpectedly hides itself in salty foods and industrial products in general.

More and more doctors are calling for a drastic reduction in sugar, especially if refined and white. One of the sore points on which the knife turns lately is precisely there addiction that sugar can give.

The journalist herself stated that the most difficult period was that of "detoxication”Initial, which lasted about four weeks; after the initial two months, the most difficult - at times frustrated like a smoker who decides to quit cigarettes - the benefits of the new dietary model proved to be impressive.

Through his personal experience, which translates into his book "Zéro sucre", theelimination of simple sugars and a series of meetings with numerous specialists, Danièle provides the right recipe to reduce the consumption of sugar in a non-coercive way, always maintaining a diet and a social life worthy of the name.

Indeed certain complex sugars kept them in the dieta: those naturally present in fruit, or the "slow" sugars in pasta and rice.

No more than 15 desserts cooked in a year by herself, using as sweeteners only stevia, rice syrup and xylitol, “Without abusing it so as not to stimulate the craving for sugar”, as she herself told Le Plus.Nouvelobs.


Are you happy with the deprivation? Absolutely yes: not only did she lose 6 kilos, especially in abdominal fat, but her skin was more beautiful, with fewer wrinkles and a brighter complexion, improving digestion.

Most notably the sinusitis and the allergic symptoms to which she was subject and which appeared 6 to 10 times a year, they went away.

After this experience, Danièle has only slightly reintroduced sugar in his diet, well aware of the fact that somewhere in the background the "thought of sugar" has risen to the surface.

The important is do not be overwhelmed by these cravings, especially for those who are more sensitive to it, and be careful: over-consumption of sugar is harmful and the temptation to always fall back around the corner!

add a comment of Sugar free for a year, the story of Danièle Gerksens