Stay on the defensive: Much to lose and little to gain 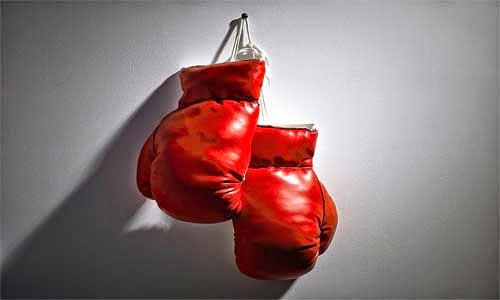 There are times when a sentence, a simple look or a particular gesture alarms us. So we get on the defensive, we lock ourselves in waiting for a low blow and, in the meantime, we prepare our response.

This behavior is quite common, but the truth is that we do not intentionally get defensive, it is an almost automatic reaction that is activated in front of certain phrases or gestures of others. However, this does not mean that we are unable to notice this attitude and change it because, ultimately, it is only a source of misunderstanding and problems.

Why do we get defensive?

- Because we believe that the person's attitude is threatening. When we perceive that the attitude of the other can endanger our "I", we adopt a defensive position to protect ourselves from an alleged attack. The problem is that we often simply misunderstand these supposed warning signs and react to non-existent danger.

- Because we have had several bad experiences in the past. When we have experienced various negative situations throughout our life, such as abuse or disappointment in relationships, we instinctively create a shield around us to protect ourselves from similar situations in the future. Therefore, even if a situation or person is not particularly threatening, we evaluate them through the lens of the past and get defensive.

- Because we are going through a very stressful time. When we are victims of stress, anguish and anxiety, we become irritable and we get defensive at the slightest provocation. It is a "normal" reaction since our autonomic nervous system is constantly on alert, waiting to sound the alarm at any moment.

- When we don't want someone else to invade our intimacy. Some people are very protective with their privacy and do not even allow the closest people to enter this space. In fact, getting defensive is common in newly married couples where everyone has to give up a part of that intimate space but are not yet ready to do so, so they continue to unconsciously perceive the other as an invader.


- Because we have a good relationship with a particular person. When someone has hurt or humiliated us in the past, it is normal to react by being defensive. It is a survival mechanism that our "I" starts as soon as it sees the other, even when there is no obvious sign of alarm because the danger is the person himself.

However, these causes only serve to explain our behavior, they are not valid excuses to justify it. In reality, being always on the defensive is an expression of insecurity and poor emotional control. When we react too often by becoming defensive it is because we do not trust our abilities and cannot control our emotional responses to certain people or situations.

Staying on the defensive gives us virtually no advantage. Rather, it is a position that makes us miss out on opportunities. First, it generates a high level of anxiety and tension preventing us from seeing things clearly. Imagine a soldier at the front, ready to fight and with skyrocketing adrenaline levels. So, more or less, that's how we act when we're on the defensive. We focus on one aspect and ignore the rest, as if our life depended on it alone.

Secondly, staying on the defensive closes the door to dialogue, makes us barricade ourselves behind our position, closing ourselves to the reasons of others. It is as if we were walking with blinders only managing to see our criteria and motivations.

Third and last, getting defensive can also become a habit, in such a way that we react in this way in all contexts and with all people, deeply damaging our social life.

The signs that indicate when we are on the defensive

- Neutral sentences are interpreted as negative. For example, your partner tells you that he likes how a friend you have in common cooks and you start to think he means you don't cook well.

- The words "but" and "but" are used more than necessary. When the reasons of the other do not satisfy us and we always use a "but" or a "but", then it is likely that we are taking a defensive position.

- When sarcasm is often used. Sarcasm is not only painful, it is also a symptom of insecurity and fear. Therefore, it is often the preferred tool to defend ourselves when we think we are being attacked.

- When we think that a simple discussion is a pitched battle. People who believe that there must always be a winner and a loser in discussions often take a defensive attitude from the start because they don't want to lose under any circumstances.

- When we offer false reasons for escaping our responsibilities. When we close ourselves off to dialogue and resort to deception in order not to get involved, we are probably adopting a defensive attitude in which we see the other as an opponent.

Stay Defensive: Little to gain and a lot to lose ❯

add a comment of Stay on the defensive: Much to lose and little to gain