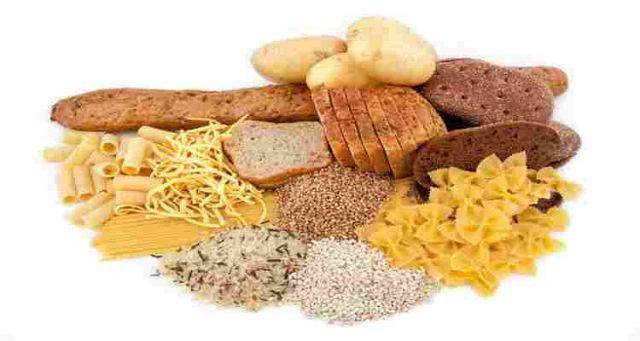 When we talk about starch and starchy foods we are referring in almost all cases to cereals.

Cereals but not only, as among the starchy we can also include some tubers, starting from the common potatoes, the pseudocereals, other plants included in cereals but which are not part of the Graminaceae, and finally, wanting to extend the term in a wider panorama, also some legumes.

However, not all of them, apart from starch, have the same characteristics and they can simply replace each other.

In fact, alongside starch we have many other categories of nutritional elements which also vary greatly from cereal to cereal, and that is why it is important to compare these foods and know their characteristics to determine which of them is more suitable for us.

Let's start with the element that makes up most of the mass of plants and animals, including humans, water. When it comes to water, the potato is the queen of starchy products, followed by sweet potato and yam.

At the bottom of this ranking is sorghum, therefore more suitable for those with water retention problems.

When it comes to providing energy, the famous kilojoules, we discover brown rice first of all, which stands out by a few measures the white rice, wheat and but.

Potato and sweet potato instead they provide little energy, suitable for a hypoenergetic diet or to accompany other highly energetic foods.

We come to proteins. In the lead are placed the green azuki, or green soy, but not far away we find wheat.

The starchy products that provide the least protein of all are the tubers: potatoes, cassava, sweet potatoes, yam, tapioca etc., accompanied by sweet corn and plantain banana, one of the very few fruits considered a starchy.

Let's move on to fats, or oils, to discover that among the richest we again have green azuki, with 7 grams out of 100. Millet and corn follow at a distance, at around 4,5.

Do you want to know which starchy foods are the least fat and most suitable for weight loss diets? The tubers: potato, sweet potato, yam, and other exotic tubers. The proper cereal with the least fat is rice.

A ranking on carbohydrates cannot be missing, that is the rings that make up the starch themselves of which starchy are composed. At the highest places we undoubtedly find rice, followed by sorghum and millet, then maize and wheat. In the queue they place themselves azuki gave e patata, therefore associated with other foods rich in carbohydrates.

Dietary fiber is an essential element in nutrition, important for keeping the various intestinal tracts functioning well. And then it will be interesting to know that wheat is the starch that provides the most fiber, followed by millet, corn and sorghum. If, on the other hand, we have intestinal problems and we have to ingest little fiber, all refined cereals, especially white rice, and cassava are for us.

Pure carbohydrates, whether it be glucose, sucrose, maltose or fructose, are present in starchy foods. The case of the banana plantain in first place, rich in fructose, it is not surprising.

Not that rich, but still to a greater extent than the common cereals we find the batata or sweet potato, which thus justifies its name. The poorest are green azuki, millet, sorghum and rice.

Let's move on to minerals to find that generally starchy are low in calcium, with the exception of green azuki which are very rich in it. Corn is the poorest, while sorghum, wheat and rice provide a low to medium amount. Sorghum tops the list of starchy products that provide iron, followed by wheat, while we find tubers and white rice among the starchy ones that provide less of it.

Wheat and brown rice are the best sources of magnesium, while tubers and sorghum are at the other end of the ranking. Brown rice and wheat, together with sorghum this time, are at the top of the phosphorus ranking, where the tubers still rank in the last places. Green yam and azuki dominate the potassium ranking, in which the rice is placed last.

If we're looking for sodium, yam is the best source, up to ten times greater than wheat and rice. Zinc? We find it in wheat and corn and almost nothing in sorghum. Copper is also generally found only in traces, however greater in the case of wheat. However, wheat is also very rich in selenium, almost absent in all other starchy products.

We come to the exceptional cases, such as that of beta-carotene, extremely abundant in yams and are in trace amounts in the other starchy products, as well as that of lutein, present in abundance only in corn and the strange case of millet which, despite having traces of various vitamins, is the richest of the cereals proper.