Spine Pain | Know and Protect Her in the Gym

From the writer Emanuele Di Palo, majoring in Physiotherapy and passionate about bodybuilding and fitness.

The vertebral column is the main component of the skeletal system which, as the name suggests, is the "backbone" of the entire body, as it is with it that all the other bone components are articulated which in turn represent the fundamental basis for everything else: organs, muscles, ligaments, skin.

It consists of 26 bones including 24 vertebrae, which represent the most important mobile component and are didactically divided into 7 cervical, 12 thoracic and 5 lumbar, which have slightly different characteristics. 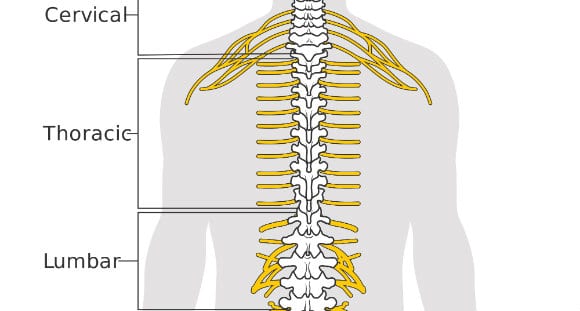 The importance of the column

Without going into too much detail with verbose and useless (in this case) anatomical descriptions, we can say that the spine is the pivot on which all, or almost all, sporting and non-sporting gestures are reflected that are done in the gym and elsewhere, why every single defect in posture, breathing, breech or even visual support will inevitably be reflected, sooner or later, on the spine itself, since the body automatically and without our "conscious consent" carries out a series of compensation mechanisms which initially will serve to adequately compensate for the defect but which later will certainly represent a serious and sometimes even irreversible problem.

Even in physiological conditions, therefore considering a body in full health and without pathological compensations, the entire weight of the body itself must be transmitted through the spine and, subsequently, to the lower limbs, therefore even the simple gesture of lifting a heavy object will involve a series of necessary adjustments (for example an exaggeration of the lumbar curvature) in order not to fall forward and overcome the weight of the object itself, and this can cause discomfort for the spine.

Given these premises, let's now think about what could happen in the gym: just think of exercises that, personally, I consider terrible for the physiology of the vertebrae, such as the “good mornings” or similar.

They are often recommended and just as often they are also practiced by those with little experience and even more by relatively hypotrophic girls who still load even a modest weight on the barbell.

Here, this exercise is certainly important and effective, especially for its effects of strengthening the muscles of almost the entire posterior muscle chain and for coordination in general, but it is also true that it can cause serious damage to many novice athletes who perform this exercise without prior and adequate preparation of movement and / or good tone of the muscles involved.

Good mornings and related exercises, in fact, in extreme cases (and I repeat, only in extreme cases!), they could not only cause widespread and not "physiological training" pain in the lower back, but even favor a disc protrusion (basically, a hernia).

Obviously this is only an example given that, as anticipated, almost all exercises, in particular the multiarticular ones (which are not, clearly, anti-gravity) can damage this important component of our body, such as squats, lunges, deadlifts and many others.

So what to do for ward off any pain and damage (regardless of entity) to the spine in the gym?

First of all it is essential to CONSTANTLY maintain a correct posture, not only in the gym, but also in everyday life, at home, at work, in a pizzeria, EVERYWHERE: it will help you not only to avoid annoying consequences especially for the neck and muscle pain. consequently, but also to better enhance your hard-built forms in the gym (by the way, good posture also makes you look taller!).

For this purpose I suggest you to implement the technique of the "puppet", that is imagine that a thread passes from the center of your head, in turn hanging from the ceiling, which constantly pulls you up and straightens all body segments, just like a puppet. I also advise you, in doing this, to imagine the sternum as a glass of water that must not be poured (so as not to move too far back or too forward) and to slightly squeeze the buttocks so as not to bring the pelvis too far back.

It is also equally important warm up (not necessarily "classic", even the ballistic one is still effective) before each training session to stimulate the paravertebral muscles, and not only, to "activate" and help you better control the movements of the spine, protecting it more effectively ; if possible, it would also be useful to stretch immediately after the training session, to stretch the muscles and facilitate an easier and faster recovery. 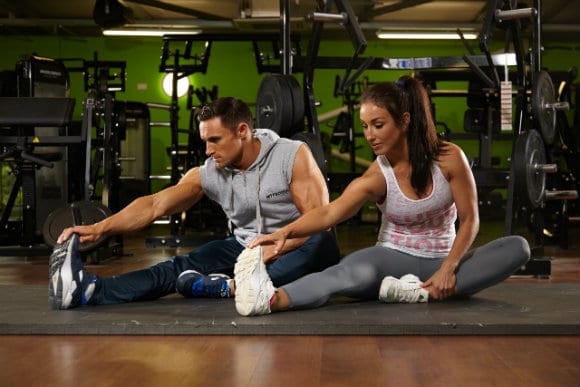 # 3 Avoid exercises that damage her

Last but not least, I recommend you avoid any exercise that even gives you the impression of damaging your spine and to replace it with another, perhaps more effective, more isolated, which in any case keeps safe what must be protected more than anything else for the reasons mentioned above.

You will be able to resume those same exercises once you are ready mentally and physically, with a good muscle trophism (which in turn acts as a "coercive" for the spine and for the joints in general) and a more advanced knowledge of execution that will lead you to have such safety as not to risk unnecessarily damaging it.

Audio Video Spine Pain | Know and Protect Her in the Gym
Lower Back Pain | Causes, Remedies and Exercises ❯