Sparring | What is that? How is it practiced?

The word sparring indicates a very important part of training for combat sports and martial arts.

The difference between the currents of thought and the schools means that there are many contexts in which the word sparring is applied, however a first definition that can be given is that this type of training is that sparring is the more or less free practice of the technical gestures of the discipline in question.

There are many types of sparring, each aimed at improving certain technical / tactical situations, and it is therefore impossible to list them all, also because there is no real sparring coding, but all in all, some types can be indicated. 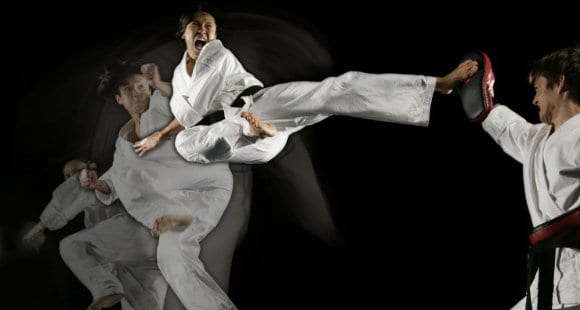 It indicates a free confrontation between the athlete and his / her "sparring partner" by scoring the shots provided for in his regulations, in a free, fast and controlled manner. This type of training is great for agonists who can focus on certain technical / tactical aspects without the stress that can occur when the contact is more intense. Although it is a great workout even for novices as it allows you to work on the smoothness of the blows, it is always difficult for them to control the power of the blows.

As above, it is about a free comparison between athletes, where, however, it is expected that the blows are carried out in a more realistic and hard way. In this case it is possible to work on the technical and tactical aspects, with the aggravating circumstance of the stress induced by the awareness that the blows of the partner will have their own weight.

This kind of sparring is used to work on certain techniques as they are considered important to face the match that is preparing, therefore "conditioning" the attack. For example, we are aware that our future opponent has a powerful right hand which, however, involves an imbalance: one or more solutions are studied with the coach and sparring is set up so that our training partner often simulates this right hand. , to which you must try to respond in the manner agreed with the coach, so that the movement becomes an automatism triggered by the departure of the direct right. 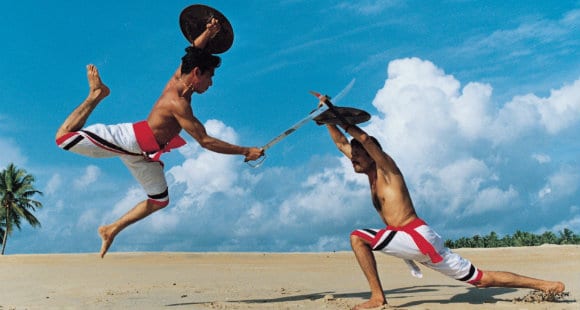 In this type of sparring, the use of one or more shots to one or both athletes is omitted to give way to focus only on a "small package" of techniques to improve. For example, if an athlete has to face a match in which a wide use of front kicks is foreseen, it is possible for exercise to constrain sparring to the sole use of frontal and arm strokes for that athlete. Or, for example, I can also consider a sparring with the rules of boxing "with deficit" if two muay thai athletes are practicing it.

? Sparring with multiple opponents at the same time

This type of training is usually aimed at stress management, as the tactical aspect is not much taken into consideration since it will never happen to find yourself fighting with more opponents in the ring. However, the condition of being constantly under attack tends to greatly improve stress management in athletes less accustomed to hand-to-hand combat.


? Sparring with multiple opponents in turn

During the recovery (or at the end of each recovery) there is a continuous change of the sparring partner, who will rotate cyclically while the athlete will always remain in the ring: this is perhaps one of the most tiring versions of sparring, as the athlete is to always face a fresh and strong opponent.

Rules for a Good Sparring

In order for sparring to be useful for the athlete, and also fun, it is necessary to respect some rules:

# 1 Respect for your partner: our training partner may be less capable than us, or more tired: it is right that sparring is performed with the right dose of competitive aggression, but if possible, free strong hits are to be avoided.

# 2 Protection: always remember to use all the necessary protections; doing sparring with only light gloves and the mouthguard will not make us more "tough" but only more prone to injuries. Practicing sparring a couple of weeks after the match and seeing him jump for a cut is not pleasant, so green light for mouthguards, 14/16 ounce gloves, shin guards, knee pads, elbow pads and above all helmets: even professionals who fight without protection do it !

# 3 Respect for the rules: the coach is always present during the sparring sessions and is the final referee of the session.

# 4 Never the last week: with due deviations from the rule, it is good to eliminate sparring activity in the last week of training before the match.

In general, during the sparring session the athlete is required to wear:

# 1 Helmet: with or without cheek pad (only note: in my opinion the helmet with iron grating or plexiglass face protection is too protective and risks making you become aware that punches don't hurt too much. Ok protection, but a few blows on the muzzle in training can avoid bad knockouts in combat)

# 2 Gloves: as for striking sports (boxing, kickboxing, k1, muay thai, sanda) it is better to stay on 14/16 oz for athletes over 65kg. It is important that the glove is in excellent condition so that there are no injuries to both the hand and the body of the partner.

# 3 Shin (where provided): possibly large to avoid annoying sketches on the tibia. For added protection, even a thin model like those used in semi-contact disciplines can be put under the shin guards (an alternative could be to use a couple of strips cut from a gym mat)

# 4 Elbow pads (where provided): in padded cotton, they can be found in all shops that sell combat sports material.

# 5 Knee pads (where provided): in padded cotton, there are specific models for combat sports but they do not have much different from the classic volleyball knee pads that can easily fulfill that function.

The working time depends a lot on the type of training you are doing. Generally we opt to keep the shots as they are to those that will have to be in the match, but no one forbids in terms of specific conditioning (see article on this topic) to increase working times and / or reduce recovery times, or even change the number of shots.

Now that the foundations have been laid, I can only wish you a good sparring !!

Audio Video Sparring | What is that? How is it practiced?
Spider plank | How is it done? Muscles involved, common mistakes ❯

add a comment of Sparring | What is that? How is it practiced?