Soybean oil, which one to choose 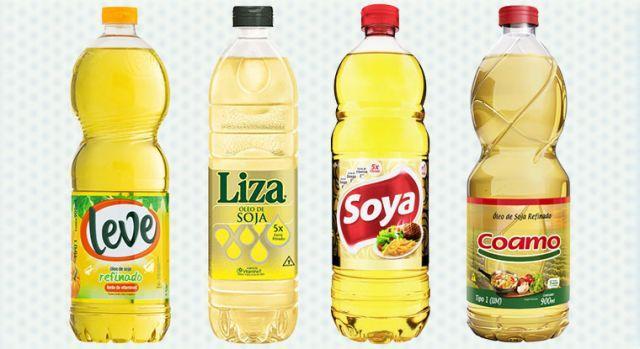 Soybean oil, let's find out which one to choose

Soybean oil is used both in the food industry, for the production of low-cost margarine and industrial condiments, which in cosmetics, to deeply nourish the skin and fight stretch marks.

Often, when we talk about soybean oil, we mean the most common, that is refined, sold on the shelves of supermarkets. However, it is not the only one to be present on the market: they are gradually spreading too less refined soy oils, organic, cold worked and not chemically, perhaps with a stronger taste but less industrially processed.

Let's find out what they are and which type of soybean oil is right for you.

Widespread and known for millennia in the East, especially in China, bean or soybean oil is considered a Series B item, sold and industrially produced by other countries as well, such as the United States and Brazil, for example.

Basically it must be said that, unless otherwise specified, refined oil it is treated according to chemical procedures of rectification and improvement of the flavor and organoleptic characteristics.

While the taste improves, this is not the case for the content: during the refining process, precious nutrients are removed, such as soy lecithin and other protein components.

In fact, soybean oil is generally rich in valuable substances, such as polyunsaturated fatty acids (Omega 3 and Omega 6), plant sterols, minerals, modest quantities of vitamin E, vitamin K. and others of which it is sometimes enriched. But pay attention to the production: much of the European or US soybeans comes from GMO crops, for which, even if in fact it is an oil made by the country, it is important to read the label carefully to buy a product that is as healthy and organic as possible.

THEunrefined soybean or bean oil It is different. Of a reddish-yellow color it is richer in nutrients, usually cold pressed through expensive mechanical processes, it is also more difficult to find.

It is an oil sold in organic or natural products stores, herbalists or specialized centers. Natural, chemically unrectified soybean oil can result from slightly decisive and strong taste on the palate, so many people don't like it. Unlike the low cost of refined soybean oil, unrefined soy oil is more expensive.

How to use soybean oil

Soybean oil is recommended to be used especially raw, as a condiment for dishes, salads, first courses; if you want the refined one, it can be used as a fatty ingredient in baked goods and sweets, even if it is best avoided, as it has a very low smoke point (130 ° C).


It is not recommended to use it for frying, as at high temperatures it produces a toxic substance. It goes rancid and is rather perishable, therefore, like olive oil, it should be stored in a cool place away from light and in dark glass bottles.


Soybean oil is not free from contraindications; containing i Omega 6 fats, it has been shown that their excess or imbalance with respect to Omega 3 can create chronic and silent inflammation in the body.

Curiosity: Organic, 100% pure soybean oil is also for sale for cosmetic use as an excellent nutrient for the skin. A 100 ml bottle costs around 6,50 euros. Surprisingly, theosoy oil it is also sold in spray form, as an enhancer of the natural defenses of plants!

add a comment of Soybean oil, which one to choose