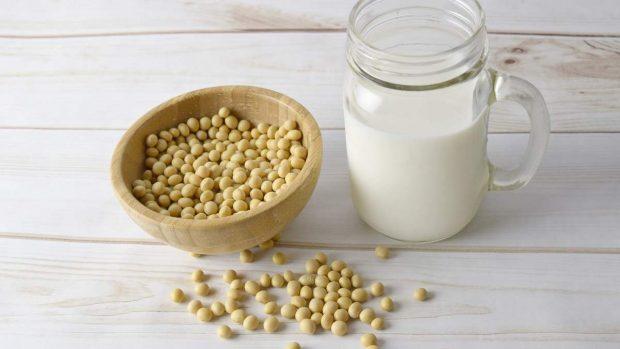 Soy yes or no? The "food community" is lined up in two factions, worse than for a constitutional referendum.

It is often the only one protein source in risky vegan diets, and its consumption can indeed reach excessively high levels.

The properties of soy they are known to oriental people and to those who have problems related to menopause. But there are also contraindications in the use of soy in our diet? And if so, what are they?

Let's find out together.

So first the simple things. Soy is a legume, a relative of beans and lentils, more or less. Like all legumes, soy is also rich in vegetable proteins, it does not contain cholesterol, has several fibers and minerals (calcium, phosphorus, potassium) important for our health.

Here is a short list of main properties of soy, thanks to the molecules it contains:

Soy, the most popular vegetable for vegetarians

We discovered "miraculous" properties in a legume perhaps unknown as soy and we are enthusiastic about it?

Well, pay attention to the other side of the coin though: if consumed in excess, the same positive molecules can give unpleasant contraindications. We recommend a moderate use of soy products, to avoid running into effects unwanted.

Here are the main contraindications to the use of soy:

We recommend a sparing use of soy products, which are in any case "few but good" or rather coming from organic farming (non-GMO) and naturally fermented.

Find out more about the pros and cons of soy