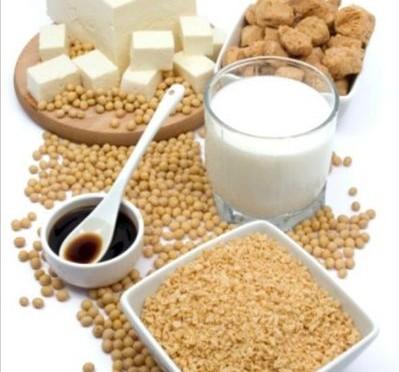 Let's call it by its name "legal" that is soy drink, because - it has been established - milk is only what the mammary glands of animals produce. In any case, definitions aside, soy is an important legume for the diet of vegetarians, vegans and curious omnivores: rich in protein but free of cholesterol, it is versatile in the kitchen and various products are obtained from it.

Soy also contains plant-based substances that are not as nutrient-dense for example isoflavones, or plant hormones.

Then a soy "milk" can cause hormonal imbalances? Let's try to understand more.

Soy "milk" and hormonal variations: why?

Let's start with a fact: to date, according to the scientific community there is no evidence of damage to health resulting from the consumption of soy "milk", neither on the healthy population nor on individuals with pathologies, the only exception, of course, are those with an allergy to soy itself.

Because then soy and its derivatives are associated with risk of hormonal changes?


I phytoestrogens are substances of plant origin with a chemical structure very similar to that of estrogen (female hormones) and therefore they can behave in a similar way to these hormones, due to their shape.

In fact, all hormones to function bind to other molecules (receptors) with which they create a complex (similar to the key-lock link) which triggers a cascade of reactions. Phytoestrogen can also bind to same estrogen receptor, but it is not certain that it can trigger the same reactions.

The hormonal variations induced by the phytoestrogens in soy would thus be of two types, depending on the presence or absence of estrogen hormones:

> effect antiestrogenic: if there is an excess of estrogen hormones, the phytoestrogens replace the female hormones on the same receptor and inhibit its activity;

> effect estrogenico: in case there is a lack of estrogen hormones, the phytoestrogens bind to the receptors and "mimic" the activity of the estrogens themselves, enhancing it.

Therefore the soy phytoestrogens would act as a regulator of hormonal changes.

Soy milk and hormonal variations: are there any health risks?

Let's rely on facts and science:

Some studies carried out in cells and animals (mice) have suggested that there may be hormone-sensitive cancer cells (such as some types of breast cancer) a worsening of the situation with the ingestion of soy isoflavones: in mice in which estrogen-sensitive human breast cancer cells were implanted, tumor growth was noted after administration of isoflavones; in the same type of mice it was also observed that by administering isoflavones the effect of the anticancer drug Tamoxifen was canceled.


This given, however, was only tested in vitro and in vivo on mice, which metabolize isoflavones in a different way (compared to humans): in fact there are studies on women who say that phytoestrogens would enhance the effect of the drug.

Advise against the use of soy in women who have already had breast cancer it is one subjective medical choice of precaution, given the lack of statistically significant data on the matter.

We here do reference to soy "milk" and not to supplements of phytoestrogens, which contain much higher doses. At the moment, for the adult population, there is no study that associates the daily use of one serving of soy per day and an increase in any type of disease or relapse of those who have had breast cancer.


Instead, it deserves other considerations pediatric population, as there are some studies that highlight a different situation:

> A 2012 study by dr. Adgent, from which some evidence emerges that the early and prolonged administration of soy milk, probably due to the phytoestrogens (isoflavones) it contains, would induce a anticipation of menarche (first menstruation) in females

> A 2004 study by Drs Morandi and Arnoldi at the Department of Agri-Food Molecular Sciences, University of Milan shows that concentrations of isoflavones between 103 and 427 µg / g are found in soy milk formulations for infants .

Therefore in the case of children fed soy products, the consumption of a single portion of soy drink corresponds to the intake of one amount of isoflavones equal to or greater than the maximum limit consigliato.

While for newborns fed with soy-based formulations, the daily amount of isoflavones taken, in the first six months of life, it is around 12.5-25.6 mg and can even be excessive.

In conclusion, as regards the risk of hormonal changes caused by the consumption of soy "milk", in the case of adults there is no real concern, while great caution will be required, and the advice from the pediatrician, regarding feeding children and especially newborns.

> Artificial breastfeeding and formulated milk
> Vegetable drinks, which ones to choose

Audio Video Soy milk and hormonal imbalances
Diet foods: what and what they are ❯

add a comment of Soy milk and hormonal imbalances