Sometimes, the best way to help is not to help 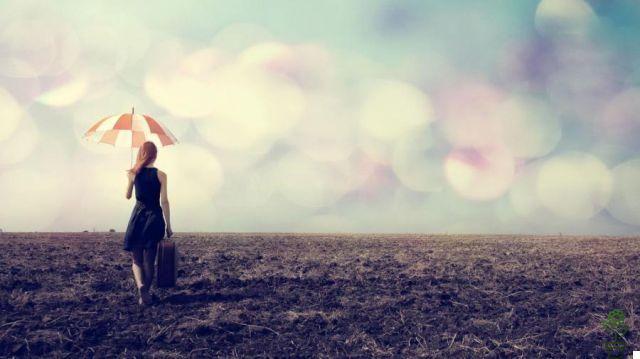 Being "cruel" to be kind

Society teaches us that we must always help others. We have internalized it to such an extent that this message has become an absolute rule. Consequently, we believe that if we don't help someone we are bad people. However, nothing is black or white, life is full of nuances, so sometimes the best help we can offer is to step aside.

Sometimes, not helping is the best form of showing love or empathy. This is confirmed by psychologists at the University of Plymouth, who have discovered that when we connect emotionally with someone and we are empathic, we are willing to induce negative emotions if we believe that they can be of some benefit in the long term.

These psychologists recruited 140 people, who had to play a computer game with a partner they did not know, who was referred to as "Player A". But, in reality, that player didn't exist.

However, the participants received a note, apparently written by Player A, referring to the recent breakup of a couple relationship and how badly she felt about it. The psychologists told some of the participants to try to imagine how that person felt, with the aim of promoting empathy. Others were told to forget the matter.

Later, some were told that the goal of the game was to shoot enemies (confrontation strategy). Others, however, became involved in a different game in which the goal was to escape from a maze (avoidance strategy).

The participants then listened to some pieces of music, and short readings, which aimed to arouse different emotions. The researchers asked them to choose which pieces to play for Player A and how angry, fearful or neutral they wanted this person to feel.

The results showed that when participants emotionally connected with the player and felt empathy, they were more likely to generate specific negative emotions depending on the ultimate goal of the game. When it came to a confrontation game they induced anger and, if the game was one of avoidance, fear.

This indicates that when we are concerned about a person, we are willing to generate negative emotional states if we believe they can be beneficial in the long run. In fact, this is a strategy that many parents have also used, perhaps without being fully aware of it, for example when they see that their child is not studying enough for an exam and cause fear to motivate him to try harder.

How to know when our help "does not help"?

The precious interpersonal relationship is not only the one that makes us feel good and supported, but also the one that allows us to grow. The person who helps us is not the one who always facilitates the journey, but the one who helps us the most to grow and mature. After all, we mature with damage, not years.

To understand this dynamic, we can rely on the concept of Proximal Development Zone, which is used in education. This concept tells us that to improve someone's skills, we need to give them the right level of support for the leap in quality to occur. Our role is limited to helping the person to develop their potential.

Of course, finding the right balance isn't always easy. Nonetheless, these principles can be used to determine when your help "does not help" the other:


- Do things for him, rather than helping him do it himself

- You take responsibility, rather than allowing him to face the consequences of his actions

- Your help prevents him from developing his full potential

In any case, it is not a question of abandoning those we love to themselves, but knowing how to dose our intervention, so that the person can find their own way. After all, the greatest manifestation of love, and also the most difficult, is to allow others to be themselves.

add a comment of Sometimes, the best way to help is not to help