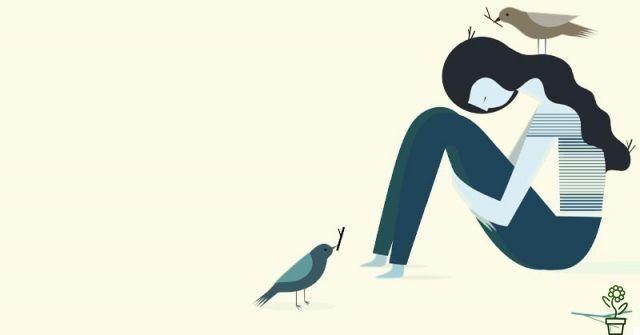 It was the year 1974 when the sociologist Phillip Kunz conducted a very curious experiment. He sent Christmas cards with a photo of himself and his family along with a handwritten note to 600 people chosen at random. The recipients of the postcards were complete strangers, but Kunz's mailbox was soon filled with greeting cards.

He received nearly 200 responses. Why do so many people respond to a perfect stranger? It's the rule of reciprocity: those people felt compelled to return the favor. There are, however, some people who don't apply this rule and become greedy recipients and stingy donors. We have to be careful of these people or they will end up running out of energy.

Whoever gives also has the right to receive

They say that whoever gives must have a short memory and whoever receives a long memory. It is true that authentic help is that which comes from the heart, that which asks for nothing in return because the simple act of helping is already a sufficient reward. But we cannot give continuously, day after day, reaching the limit of our strength, without receiving absolutely nothing in return.

This is not a do ut des or keeping track of the favors we have done, but we need, for the sake of our sanity, to receive compensation in the form of affection, kind words and recognition, the kind of compensation. which tells us that the other person appreciates our effort and that everything we do is not in vain.

We must not forget that love is the food of the soul. It is as important to give love as it is to receive it. To offer oneself continuously, without receiving anything in return, is exhausting, it is like emptying the soul by forgetting to fill it again.

Sometimes you don't fall out of weakness, but out of being too strong

By dint of giving, many people lose themselves because they end up putting the needs and wants of others before their own. They get lost in the act of giving continuously, because to satisfy others they have to silence their "I".

This kind of interchange is toxic. The lack of reciprocity feeds a spiral of dissatisfaction, disappointment and frustration. When you give a lot without receiving anything in return, deep down your needs for affection and recognition remain unsatisfied, and this usually generates a huge inner emptiness.

Taking on the role of the "donor" also contains another danger: not being able to ask for help when you need it. Generally, the strong person becomes the support of others, so he does not only take on his own problems but also those of others. Consequently, it is not strange that she ends up exhausted under that weight.

That person, used to using their own resources to deal with the most diverse situations, will probably not even consider asking for help. The problem is that our resources are not unlimited and, sooner or later, they will eventually run out.

The signals that you are giving too much

- You keep giving, even in those situations where you feel emotionally empty

- That person is constantly asking you for help, but is never available to help you or does not recognize your effort

- You are afraid that if you stop giving, that person will move away from you, which shows that, in the end, it is an interested relationship

- Your selfless help has become a heavy obligation, so that person asks and demands it

- A relationship of dependence has been created in which you have assumed the role of donor, while the other is limited to receiving

How to get out of this type of relationship?

Whenever we help someone, we offer them an important part of us. Unfortunately, many people are unaware of it and don't realize the extent of that help until it stops.

To avoid these unbalanced relationships, it is important to cultivate good self-esteem. If we value and appreciate ourselves, it is more likely that others will also value our help more.

If others don't, maybe it's time to kindly step aside to take care of ourselves or just to point out how much we're bringing and restore balance to the relationship.

Some are poor because of how they think, not how they live ❯