Some are poor because of how they think, not how they live 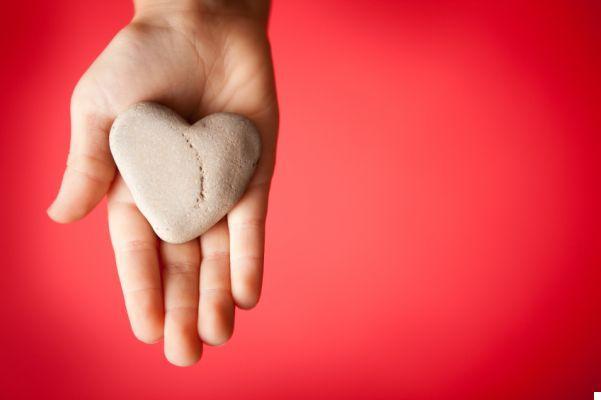 Long ago Plato said that "poverty does not depend on the decline of wealth, but on the multiplication of desires". Buddhism also warns us of this problem by stating that "it is not richer who has more, but who needs less".

At the basis of these ideas lies a fundamental teaching that we often forget: true wealth does not consist in the possession of material goods, but is within us. For this reason there are many people who, even if they have everything they need and even more to satisfy their material needs, continue to feel poor, are poor in spirit and in heart, a poverty that makes them deeply unhappy.

The poor lack many things, the miser all

Publius Siro, a writer of ancient Rome, said so, but the truth is that his words continue to be very current even in the twenty-first century. There are people who, even if they could be classified as "poor" considering only the economic aspect, are rich in heart, while others who could be considered "rich" are poor in affection.

There are people who go around the world enlightening and stimulating, infecting others with their example of tolerance and goodness. Others think that the world is their private garden and that others must do them all the honors. These people are not satisfied with what they have and want more and more, so they end up being very unhappy, because dissatisfaction takes over their life. The curious side is that they often don't even realize that the source of their unhappiness is in themselves, in their ideas, attitudes, expectations and behaviors.

Selfishness, competitiveness and the desire to have more and more have imprinted them to the bone, so they are not able to discern that there is also another way to live, a life with fewer things and money, but that it can be a lot. more rewarding. In fact, it's not even their fault, usually these are people who grew up in very competitive environments, where they have been taught that the more you are the more you are worth, and they never questioned this idea.


These people do not understand that one can be happy with less, just as they do not realize that they are no longer happy with more. Deep down, they are victims of their stereotypes and beliefs, they have become the victims of a spider's web that they helped build themselves.

Be and let be

In psychology this principle usually applies: don't confront people with problems they can't solve because they don't have the tools to do it. So you avoid the iatrogenesi.

There are many cases in life where it is advisable to apply this principle, because sometimes good intentions end up causing greater harm. Therefore, when a person does not show himself receptive to certain messages, it is better not to try to change him, to convince him, much less start a discussion about it.

Everyone has to live their own experiences and learn from them. In reality, there is no better teacher than life itself. In the meantime, one can motivate by example, because there is nothing better to make others think than showing them that one can be compassionate without being rich, one can console even when we feel bad, one can be empathic even in a difficult and adverse situation and one can be very happy having very little.

Love yourself: 5 tips to be able to do it ❯

add a comment of Some are poor because of how they think, not how they live