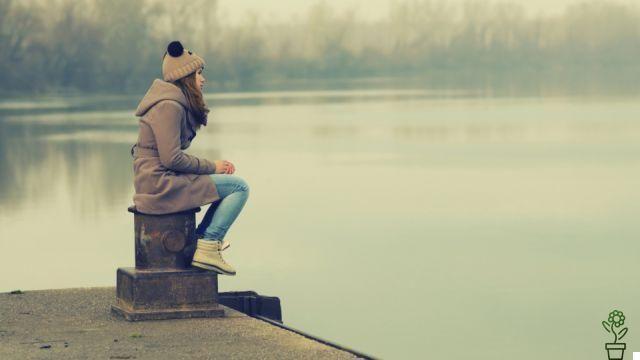 The more a person is intelligent and socializes with others, the less satisfied he will be with his life. Or at least this is the conclusion reached by a study conducted by psychologists from the London School of Economics and Singapore Management University.

Undoubtedly, this statement challenges the belief that socializing and surrounding ourselves with friends makes us happier. In fact, everything seems to indicate that this is not the case for everyone, especially those with above-average IQs. In these cases, socialization does not directly translate into greater happiness nor does it produce greater satisfaction in life.

The study in question analyzed more than 15.000 young people between the ages of 18 and 28 and found that, in fact, the more time people spent in the company of others, the happier and more satisfied they were with their lives. However, this trend was reversed in people classified as "very intelligent".

Researchers believe that the cause may be that these people view socialization as a distraction that pulls them away from projects and goals that, to them, are much more important and rewarding in the long term.

Indeed, these psychologists propose an evolutionary hypothesis according to which more intelligent people would have more tools to successfully adapt to the modern world, so they could be more independent and need less than others. At this point the group stops being so important and, of course, it is not necessary for survival, as was the case with our ancestors.

Intelligence without wisdom can be a very heavy cross to bear

While intelligence has over time been praised and considered a desirable quality, the fact is that being intelligent is not synonymous with making right decisions in life. In fact, research that began in the late 1920s in which 1.500 US students qualified as gifted were followed, revealed that many of them, upon reaching their third age, felt that they had wasted their lives and not being able to use their talent as they wished.

Another study conducted at the University of MacEwan dispelled the myth that happiness resides in so-called "blissful ignorance". According to these psychologists, the most intelligent people would not necessarily have a clearer view of the world's problems that cause them existential distress.

Smarter people feel more anxious than others, not because they worry more deeply than the rest of ordinary mortals, but rather because they constantly mull over all worldly situations. It has also been found that these people worry more often and about more things. So, if something negative happens, they tend to ruminate on what has happened, and this generates anxiety for them.

In any case, each person is a world apart, with their own qualities, flaws and strengths, and must find happiness in what truly satisfies them, be it the relationship with other people, a hobby or a passion.