Side Plank | How is it done? Muscles involved and common mistakes

It is undeniable that training the core is essential: not only for health and good physical shape, but also to improve performance in the gym. In fact, any weight lifting exercise requires stabilization of the abdominal section of the body, both to obtain an optimal transfer of force and to protect, during the efforts, the lumbar section of the spine.

The generic term "abdominals" actually defines a complex system of muscles, whose combined action is precisely to stabilize and protect the central part of our body. “Training your abs” therefore means performing different exercises, which go to stimulate the work of the various groups that compose them.

The side plank is one of the most useful exercises for the development of the abdominal section, but also, paradoxically, one of the most ignored. Very often, in fact, we find ourselves performing long minutes of regular plank - which, once a certain resistance is reached in the exercise, turn into boring, how little useful, marathons - however excluding (or in any case reducing) the work on the oblique bands. , those that rotate and stabilize the torso, and a series of "minor" stabilizing muscles.

Not least among these stabilizers is the quadratus lumborum, a muscle that is part of the posterior wall of the abdominals and which, among other functions, has that of helping to prevent the most trivial back pain.

The side plank is an asymmetrical and isometric exercise: that is, the muscles come train by keeping them in a state of contraction. The main target of the exercise is the traverse muscle, which is stimulated with good intensity.


Once we are practiced with the regular plank, therefore, we can venture to explore the side plank, then including it in our workouts.

The side plank is performed starting from the position of lying on the ground, on one side: the outside of the leg and the side touch the ground. The elbow is located below the shoulder and perpendicular to it, and the forearm is also placed on the ground, in front of the body. Inhale, and the movement begins: contracting the transverse muscle lifts the entire body from the ground until only the lateral part of the foot, the elbow and the forearm remain as points of support on the ground.

At this point you can exhale, and activate normal breathing, which will last for the entire duration of the exercise, which consists in maintaining this position. Once back in the resting position, the exercise will then be repeated for the other side of the body.

The simplest version of the movement involves the legs being crossed, and both feet then touching the ground; for more skilled athletes, the legs can remain overlapped, while the free arm is stretched upwards, in line with the shoulder. As a further variation, it is possible to push up the leg that is not touching the ground - in this case, the free arm can hold the hip to give stability during the execution.

It is possible to make the exercise even more intense by placing weights on the hip - but this exercise is rarely performed in this way - or by holding a dumbbell with your free hand: in this case, it is sufficient to use very light weights, as it is an exercise aimed at improving coordination, not strength.

The side plank is a pretty simple exercise. The only caveat is that of never rotate your back while running, being careful to maintain an ideal line between the shoulder, hip, knee and ankle. It is essential that the pelvis never sinks.

The role of "fortifier" of the abdominal muscles that the side plank plays means that its inclusion in a training regime is in any case positive.

A good start is to add it to your workouts a couple of times a week, aiming to perform 3 sets of 20 seconds at least each.

Over time we may build our resistance, and aim for 3 sets of 1 minute. 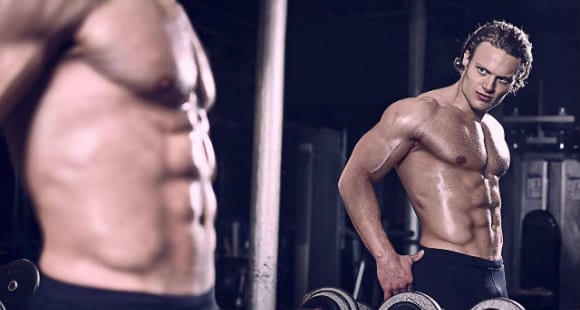 The side plank - like all unilateral exercises - also allows you to work on imbalances and asymmetries before these become chronic in more serious problems. A good indicator, for example, is the fact of being able to effortlessly maintain a side plank on one side, but have difficulty keeping it on the opposite side: in this way, situations are highlighted that with the sole practice of the regular plank would have gone unnoticed. .

add a comment of Side Plank | How is it done? Muscles involved and common mistakes