Serendipity: How it affects creativity 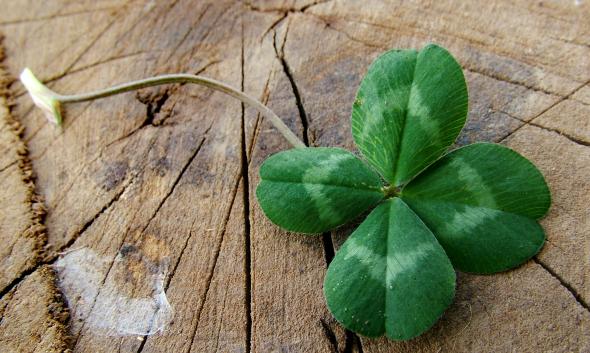 In today's society, mainly due to the success of the Internet and the new entrepreneurs who have generated millions in profits with their online businesses, the belief has been established in the popular imagination that to create something quite original it is enough to wake up any day and have an interesting idea. But is it really so? To what extent are chance and probability important in creativity?

Many extraordinary discoveries occur due to some unforeseen circumstance that suddenly intervenes in the work of a researcher. A classic example is the way Alexander Fleming discovered penicillin in 1928. Fleming noticed that a culture of bacteria had been invaded by mold through spores that had entered the laboratory window. A ring of dead bacteria had formed around the mold which allowed him to recognize a fungus called penicillium notatum, from which he finally made an active concentrate called penicillin.

In this case, good weather and an open window played a decisive role, but we still cannot ignore the fact that Fleming was a bacteriologist with more than ten years behind him in the study of this matter, because if such a thing happened we probably would not have discovered anything. Without considering that during the previous century other experts had already reported that the fungi of the penicillium family killed germs, but none of them had achieved the same result as Fleming.

Serendipity: A boon only for those who are prepared

The truth is that history is full of cases like this, which are often told in books as curious anecdotes, but in reality they are much more than that. In psychology the term "serendipity" is used to indicate the ability to make a discovery starting from a random, unexpected or accidental event. It also applies to the moment when looking for one thing one encounters another.


This concept was introduced in 1754 by the English author Horace Walpole, in order to describe some of his creations. It is based on a fairy tale entitled: “The three principles of Serendip”, which tells the adventures of some characters who used their wisdom to make unpredictable discoveries.

All these episodes reveal a crucial aspect of the creative process and some may think that this factor is "luck", but in reality, behind these successes lies a period of long preparation, dedication and effort. In other words, without the necessary knowledge, the world would be filled with serendipity. But it isn't!

This is because there are many areas in which it is virtually impossible to make a creative contribution if you are not properly prepared. Hence, it is necessary to study or at least know the contributions that others have previously made to make a truly different product. In fact, Louis Pasteur defined it best when he said: "Chance favors only prepared minds".

Knowledge is what makes sense of chance, without it, a fact that for a scientist could be revealing, the track that was missing, for the rest of the people it is simply a fortuitous event that they are unable to place in a more context. ample.

Where do these reflections lead us?

The fact that creativity is not a free achievement, even if in some cases it can be favored by serendipity. To the conclusion that it takes a lot of hard work to obtain an original result, distinct from what already exists. To the fact that creativity is not a simple gift, but that requires years of commitment and dedication. To the fact that to develop something creative it is also necessary to propose it, be proactive and follow a path that, step by step, will lead us to discover something new.

The electronic cigarette to quit smoking: does it work? ❯

add a comment of Serendipity: How it affects creativity