September: How to Achieve Your Goals 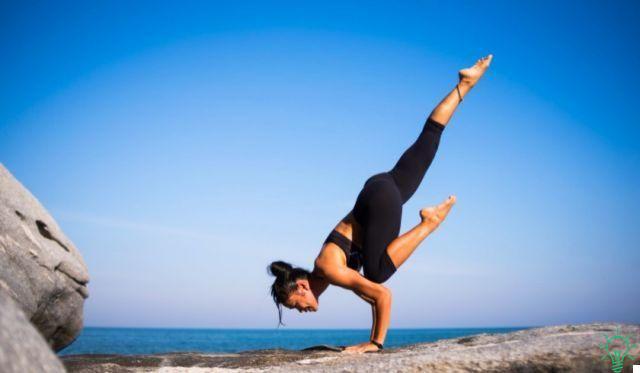 A few days ago I read an article published on the web page of an authoritative health center, which talked about the good intentions that are made during the summer holidays.

The article suggested 5 good habits to take in September and to carry on throughout the year:

The article was very fair, very positive and very wise.

Except that a series of good intentions structured like this will simply never work.

The reason is that:

And so, the summer dreams of changing our lives and transforming ourselves into the best version of ourselves are doomed to shipwreck as soon as we return to our usual routine.

Unless, once we stop daydreaming, we start using a bit of strategy and science to really achieve them.

In today's article, therefore, I will tell you three basic rules that will allow you to put your good intentions into practice in an effective and lasting way.

3 - Use the tremendous power of habits in your favor

Let's see how to apply them one after the other.

Simplify: never make a list that is too long!

I know, the relaxation of the holidays leads us to think that when we return we will be capable of anything: many times, while I was at the beach in August, I compiled long mental lists of things that I would change in my life when I returned.

The curious thing is that, in the calm serenity of vacation days, these good intentions seemed really obvious to me, at hand, and indeed, often the feeling that accompanied them was almost of disbelief for not having made such trivial changes in the my life.

Everything seemed simple to me and I saw September 1st as the beginning of my new wonderful and healthy life.

Then, punctually, September arrived and not only did I fail to complete my long list of changes, but I did not start some at all.

Indeed, let's say that I forgot them, as if a few weeks before it hadn't been me on that beach, fantasizing about myself in the future.

The fact is that having too many changes in your head in one fell swoop is one of the greatest enemies of success.

But why is it nearly impossible to break your habits all at once?

Well, if you think about it for a moment, it makes sense: it took us years to build our daily habits, and therefore they are deeply rooted in us!

I am not saying that they cannot be changed, but to do so it is better to concentrate your forces on one or two of them at a time.

Choosing which one is easy: start with the most important.

Now that you've focused on one or two goals, it's time to take a closer look at them.

Ask yourself first because today you are in this condition that does not fully satisfy you.

What caused it? What is the origin of those extra pounds, of that missed exam session, of that loss of motivation to work?

The answer will almost certainly be a bad habit, one that you have been carrying on for months or years.

Now, instead, focus on what habit might lead you to change your situation.

What is the action that, repeated daily, could lead you to improve and reach your goal? How long a day would it take? It is feasible? At what time of day could you take the time to carry it out? If you could keep it over time, how would you feel? What advantages would you have?

At the end of this analysis, like in a good movie or a good book, you will have identified:

You just have to kill the first and make the second triumph.

Fortunately, you'll have the science to help you out.

Harness the enormous power of habits

In the 50s, a series of experiments were carried out on mice to investigate the mechanism of habit formation.


Fortunately, nothing bloody: we just put mice inside some cages in which a piece of cheese was behind a sliding door whose opening mechanism was operated by a button placed next to the mouse.

The first few times, the mouse struggled to figure out how to open the door, until each time he randomly touched the red button, opened the door and won his piece of cheese.

After a certain number of times, the mouse learned to connect the red button with the piece of cheese, and then automatically pressed the red button.

Even when there was no cheese on the other side !! In short, he had developed a habit.

From this simple observation the hypothesis was formulated that every habit is formed thanks to the repetition of three elements:

A few years later, in an absolutely specular way, it was shown that, in order to eliminate a bad habit, it was necessary to suppress the stimulus and replace the reward with a punishment.

But how can you use this to your advantage?

First, focus on the stimulus, looking for one that automatically makes you think about the action you want becomes a habit.

If we talk about physical activity, for example, it could be extremely useful to just prepare sports clothes already the night before.

Similarly, preparing a good supply of vegetables already cleaned and cut into crunchy pieces in the fridge will greatly reduce the possibility of biting into the first hyper-caloric snack that we find at home when we are taken by hunger pangs.

The second moment is that of action, which must be repeated daily immediately after the stimulus.

In the beginning - precisely because it has not yet become a habit - it will require a good dose of persistence and willpower.

But to strengthen the latter two, here it comes to help the third key moment, or gratification.

And here we have other classic examples ... a fresh beer? a hot shower? your favorite series on Netflix? I am sure you will find something suitable.

If you can repeat this pattern stimulus-action-gratification for a fairly high number of times, you will reach a point where the stimulus will already make you anticipate the moment of gratification.

After some time, your new habit will no longer be some kind of punishment to face for a reward, but a need, something that makes you feel good and that you will feel part of yourself.

Of course, if instead of taking a good habit you have to lose a bad one, reverse it all!

By applying these rules, you will see that your summer resolutions will not fade along with the atmosphere that generated them, but will come true one after the other.

September will no longer be the end of the illusions and the lightness that generated them, but the beginning of the new, better, version of yourself.

add a comment from September: How to Achieve Your Goals