Today I am pleased to host a guest post by Silvia who talks to us about self-fulfilling prophecy, I leave you the floor: good reading. 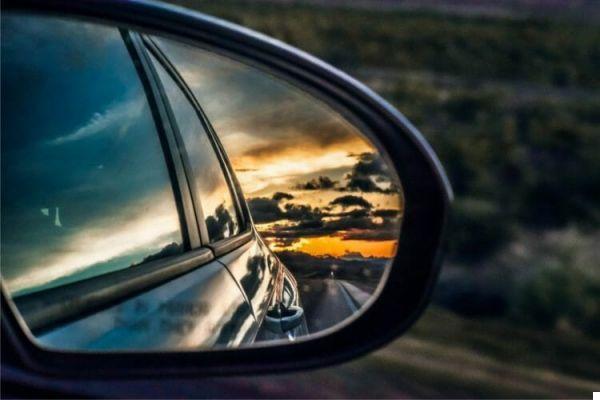 If men define certain situations as real, they are real in their consequences.

In this article I want to share, with anyone who reads it, one of the most important things I have learned so far, that is, what is essential to achieve any goal and be satisfied with yourself.

This indispensable rule is hidden in the theory of self-fulfilling prophecy.

La self-fulfilling prophecy or self-fulfilling, in the human sciences it has been of interest to important scholars such as William Thomas and Robert K. Merton, who believe it to be a prediction that comes true simply because it has been pronounced and considered valid.

Becoming aware of this can be useful to us because being aware that our mind works according to this mechanism, it is possible to make the most of the helm of our psyche, as reaching a goal is much easier by firmly believing that you can do it and being aware of the obstacles that the path will reveal.

Understandably, the word prophecy could make someone skeptical about it, for this reason I begin to explain why we should not be misled by this particular term, taking its meaning to extremes to consider it a stupid thing pseudo psychological.

Self-fulfilling prophecy can be the key to achieving your goals and behind it is a simple concept: if you want you can.


With this if you want you can not mean that a man five feet tall who wants to become two meters tall will succeed thanks to willpower and belief to be able to do it.

Indeed, the self-fulfilling prophecy has a scientific validity and is a mental mechanism studied by psychologists, sociologists, pedagogues and doctors as well as being exploited in the pharmaceutical field when using placebo medicines which, although chemically devoid of active ingredients, in many cases have the same effects as real drugs precisely because patients are convinced they are taking a real drug in which they have confidence to improve their condition.

This happens because, if we firmly believe that something is real, we end up acting as if it were and by doing so (even if initially the situation was not real) becomes real as a consequence of our actions, that is, the mind has influenced reality.

La self-fulfilling prophecy it can be a complicated concept to understand and it could be misunderstood, so I bring you some examples of some valid scholars of this phenomenon.

Examples of the self-fulfilling prophecy

It is named after the scholar who described it: Robert Rosenthal, who analyzed the influence of self-fulfilling prophecy in relation to teaching.

The assumption of this theory is that teachers, with their views on the abilities and worth of their students, influence unconsciously their academic performance.


To experiment with this theory he observed several classes to which he had administered aptitude tests and then delivered the false results to teachers, that is, those who had low marks in the test were found to have had high ones and vice versa.

He returned to visit the classrooms after a certain period of time and observed that in most cases the pupils' results were in in line with the biased results provided for the experiment, although the situation was initially different.

I began this article by saying that by harnessing self-fulfilling prophecy in your favor, you can achieve own realization, how is it possible?

What is the correlation?

If you continue to think that things will go wrong you are taking the first step that leads in that direction, if you are prepared for failure and convinced that this is imminent you are also inclined to give up everything in front of the first obstacles, if instead you are positive and motivated even in the face of obstacles you will continue on your path recognizing that you are able to overcome them.

However, this is theory, if you are wondering what are some practical and useful behaviors for this purpose, here are some strategies that I believe are fundamental to improve yourself effectively.

How to get out of the self-fulfilling prophecy

# 1 Stop being "fooled" by this mechanism

Now you know that the mind can set these traps for you and therefore you are ready to use the self-fulfilling prophecy to your advantage: if until now you have given command space to your fears about the future and you have feared that they will become reality until it is really happened, you were yourself a decide, unconsciously, to fail.

If you realized that until today you are yourself self sabotaged, don't cry over spilled milk because it won't help you.

Ok, you were wrong but now you know it, you are aware of it and the only thing you have to do is not go and slip into the same sick dynamics again.

Make plans, ponder them making sure not to try the impossible and go, permanently ceasing to sabotage yourself.

From now on, eliminate from your dictionary and your way of speaking all those phrases that do nothing but demotivate you, leaving you stranded.

Do you want some examples?

After having stopped repeating certain mantras that do nothing but make you succubus of failure, it is time to replace them by making self-fulfilling prophecy a let pass for your personal fulfillment, taking the next step: believing in yourself, discovering what your potential is and building on it, making the most of it.

After having metaphorically thrown away all those idioms that only served to weigh you down, replace them with their exact opposite: motivating phrases that encourage you to do better and better and more, first of all if I want I can.

# 3 Always give yourself one more chance

If you have reached this third step you are officially detoxifying yourself from what was hindering you most: your negativity, but now you could run into another mistake: believing that if you have faith in yourself and start on the right foot you will never find obstacles. along your path and you will never go wrong.

Know that this will not be the case, surely you will find some obstacles in front of you anyway and sooner or later you will have drops in motivation, but this will not determine your failure, you will fail only if you definitely let go, if you do not forgive yourself for falling and if not you will give yourself another chance to reach the goal by winning the war rather than giving up because you don't have metabolized the loss of a battle.

Remember that if you lose a battle you do not lose the war but if you surrender during that battle you will have lost the entire war.

It is not easy, but you have to accept that this is the case and if you keep this point in mind you will be able to overcome any fall getting up stronger than before and having treasured those mistakes.

When one day, after the years, you look back, have believed in yourself and always given yourself a new chance, you will be proud of having treated yourself how you would like to be treated by others.

# 4 Treat others' judgments with due detachment

The mechanism of the self-fulfilling prophecy does not only affect your future but also that of others, in fact how many times has it happened to you that someone has demoralized you by telling you that you would not make it?

Maybe you had planned and thought out and were ready to go all out but you were tempted and in the end you gave up.

So you don't have to go to demotivate yourself but neither do the others, if someone tells you about their plans, express yourself only if you have something positive or constructive to say and don't throw your negativity on anyone.

For the same reason, you shouldn't let yourself be too influenced by negative reviews of those around you: if you are committed to understanding what to do, carefully evaluating the situation and someone comes to your door to tell you that you can't do it, that you have to stop working for yourself and be satisfied, immediately become aware that that someone is not worthy of being listened to or taken into consideration.

Be polite as much as possible but take these thoughts away from you.

Without letting yourself down, realize that sometimes the people who tell you you won't make it have already tried the same path as you and have not been able to complete it by telling themselves that no one else could have succeeded where. they have failed, so if you succeed, there would be a big blow for them to deal with.

Am I living in a circle of self-fulfilling prophecies?

Also remember that often this mechanism is unconscious so don't take it too hard but go ahead so as to surprise yourself and others.

The bottom line is this: perhaps you have abandoned many projects in the past by being a victim of your own negativity, now though go ahead and leave, because even if the past is important, it highlights only what has already been and not what we have the opportunity to become.

Mistakes must be constructive and not become a cross to carry around as martyrdom and a memo of our failure.

What each of us owes to himself is the choice to believe and invest in his abilities so as to improve his own life and consequently also that of others, because a satisfied person is a person who is better able to live with the rest of the world. .

Of course, the self-fulfilling prophecy has an influence on our existence because we suffer the reality we create and we cannot do anything about it, but if we create it and we are aware of it, then we can create a better one and become what we want and deserve to be and I hope that having passed this awareness to you can help you become what you have always dreamed of becoming.

Progress by getting rid of all your incompleteness ❯

The intelligent woman knows she has no limits

Dignity is the language of self-esteem

The perception of the ego and depression

5 Practical actions to develop the self-esteem of a superhero

How to increase self-esteem (step by step)

add a comment of Self-fulfilling prophecy: what it is and how to get out of it