Self-Esteem: Is It Really the Key to Success and Wellbeing? 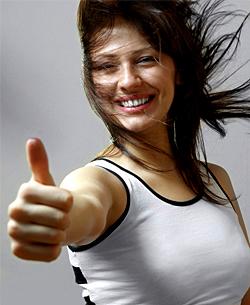 For decades, psychologists and others
guru of Psychology
Positive they spurred people to develop their own esteem stating that without this it is
impossible to be successful. However, the reality is quite different, because they exist
people who have enormous self-esteem but never reach their goals e
others who do not like themselves very much but who are successful. Why it happens
this?

A few years ago Joanne Wood,
psychology professor at the University of Waterloo in Ontario, he decided
to prove that positive affirmations to boost self-esteem were not
very effective. Thus, he brought together a group of people, some with low
self-esteem and others with high self-esteem, asking them to repeat positive phrases
with respect to their personal worth. Eventually, people with a high
self-esteem reported feeling more cheerful and willing to deal with
life problems, but the positive recommendations had an effect
contrary in those who had low self-esteem; in fact, these reported of
feeling worse than before. This is probably due to the fact that the
positive affirmations continually remind you of the distance still to go,
thus highlighting the failures and being discouraging. Likewise, it has been shown that too
those who have too high self-esteem are not particularly happy and tend to
show more racist and violent attitudes than the rest of the people. The basic mechanism So if low self-esteem can't
eliminate with simple sentences and it does not affect the results, what is it for?
Jonathan D. Brown, a social psychologist at the University, intervenes to help us
of Washington, which has pondered the issue for many years. Brown considers that we all have a
basic level of self-esteem that develops in childhood from interaction
with parents. So, instead of respect or admiration for ourselves,
he defines self-esteem as a form of affection. That is, people with a healthy one
self-esteem they perceive themselves positively and also accept themselves in front of them
to bankruptcy. Conversely, those with low self-esteem sink even further
in case of bankruptcy. This researcher considers that self-esteem
it is protected by a sort of "safety net", which is formed starting from
family relationships at an early age. This safety net allows us to
keep us afloat even when we fail, but there are people who fail
to develop it, given that during their childhood they were constantly denigrated,
in these cases, low self-esteem develops. Of course, whoever has a healthy one
self-esteem manages to face unfavorable situations with more serenity than
cause tension. Do you want to be happy? Forget self-esteem! Roy Baumaister, professor at the University
State of Florida and one of the pioneers in research into the value of self-esteem,
he saw himself "forced" to make a radical change in his own theory a
starting from the 80s. It was around this time that the psychologist made one
meta-analysis with which we tried to relate self-esteem with i
external markers of success in school, at work and in social relationships,
and found that there was no evidence that high self-esteem helped them
people to be better students, better workers, or healthier people.
Thus, Baumaister himself recommends: “forget yourselves
self-esteem and focus more on self-control and self-discipline ”. Obviously, beyond this advice and
regardless of whether self-esteem helps us more or less to realize ours
goals, it is certain that not loving ourselves will not allow us to live one
particularly happy life. For this it is best to learn to deal with these
feelings of inferiority. Fortunately, many researchers have
realized that there is a more effective way to manage low self-esteem than
consists in not playing his game. That is, the majority of people with
low self-esteem is unable to attribute to himself his own successes and tries
continually of reasons to justify them. Either way, this is one
behavior pattern that can be changed simply by learning to be
goals. Each of us makes mistakes but
it also collects successes, and both the one and the other are ours
responsibility. Finally, people with low self-esteem should learn
to congratulate on one's achievements, this would break the circle
vicious that they created around them. Another excellent piece of advice is that
to focus on the really important aspects of life and stop
worrying about unimportant details, this will reduce the
areas of action in which you do not have particular aptitudes. Finally, we always remember to treat
ourselves as we would treat a small child, honestly complaining
to allow us to grow but at the same time rewarding us for all this
that we do well.
Advance slowly but surely ❯

add a comment of Self-Esteem: Is It Really the Key to Success and Wellbeing?