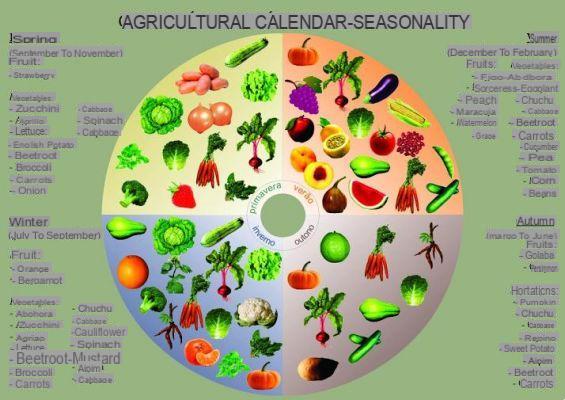 Below is the list of seasonal vegetables available in September. Select the vegetable to know its properties.

The garlic, whose scientific name is Allium sativum L, is a plant of which the bulbils are used, known and used by the Egyptians in the III millennium BC From the digestive and expectorant action, garlic is known as a natural remedy to prevent flu, diseases skin, colds and infallible disinfectant for the intestine.

Swiss chard, or Beta vulgaris cicla, is a food very rich in folic acid and iron. For this reason it has an anti-anemic action and is useful for cell development, especially in fetuses. Swiss chard is also known for being useful in preventing the development of cancer diseases.

Carrots, whose scientific name is Daucus carota, is a vegetable rich in vitamin A, vitamin B, vitamin C and vitamin E. Thanks also to its high content of mineral salts and sugars, the carrot is a food able to favor the work of defenses of the organism against infectious diseases.

The chickpeas they are legumes rich in carbohydrates and proteins that are allies of the heart. In fact, they contain folate, a substance that helps keep homocysteine ​​low, which is responsible for an increased risk of cardiovascular events such as stroke and heart attack.

Cucumbers, Cucumus sativus, are low-calorie vegetables known for their refreshing and purifying action. Also used in cosmetics, because they give elasticity to the skin, they also have anti-catarrhal and emollient properties.

Onion it is a vegetable with an antibiotic and purifying action. They are able to remineralize and disinfect the body and are widely used in the kitchen in the preparation of first courses, appetizers, main courses, bread and even biscuits.

Chives, is a plant rich in vitamin C, potassium and phosphorus. It is known not only for its use in cooking, but also as an ally of the heart, able to help blood circulation and stimulate appetite.

The beans they are legumes rich in fiber, vitamins and minerals. Although they have a high calorie content, beans are useful for regulating the level of cholesterol in the blood, thanks to the presence of lecithin.

The lettuce it is a vegetable of which there are many varieties, which can be eaten both raw and cooked (in ministers and soups). Rich in 95% water, lettuce has a great ability to rehydrate the human body.

Lentils they are legumes with a high nutritional power, useful for promoting concentration and memory. Also suitable in the diet for celiacs, they are rich in iron, phosphorus and B vitamins.

The eggplants they are useful vegetables with a remineralizing action, useful in summer, when with sweating you tend to lose minerals. Also rich in vitamins, in particular Vitamia A, B vitamins, vitamin C, vitamin K and vitamin J, they have an antioxidant action.

Potatoes they are tubers rich in potassium, complex carbohydrates and vitamin C. Useful in nutrition for diabetics, they have energetic and anti-inflammatory properties.

The peppers they are composed of 92% water and are rich in mineral salts. They contain 4 times the amount of vitamin C present in citrus fruits and are useful for strengthening muscles and promoting iron absorption.

The peas cthey contain phytoestrogens and are useful against the symptoms of menopause. In addition to being used in the kitchen, peas are also useful in natural cosmetics, where they are used in the preparation of firming and toning masks for the skin.

Tomatoes they are foods used in case of gout, asthenia and rheumatism. From the anticancer and antioxidant action, they are also rich in vitamins and mineral salts and facilitate the digestion of foods that contain starches.

Leek (Allium ameloprasum) a plant of the Amaryllidaceae family. Widely used in cooking, it has a delicate and inviting flavor and an antioxidant, diuretic, laxative and anti-cholesterol action. Rich in flavonoids, minerals and vitamins, leek has significant benefits for human health, especially when eaten raw.

The radishes (Raphanus sativus) are vegetables with diuretic and purifying properties. Rich in iron, calcium phosphorus, B vitamins, they are valid allies for the liver and kidneys.

The shallot is a vegetable that contains silicon, which is useful for the health of nails and hair. Rich in iodine and antioxidants, shallots have beneficial effects on the nervous system, are useful for thyroid health and can be used in the diet against cholesterol.

The celery, useful against fatal hernia, it is a food rich in vitamins. Used in the diet against arterial hypertension and also useful against rheumatism and for the health of the nervous system.

The pumpkin it is a vegetable low in calories and rich in carotenes, useful for the production of Vitamin A. With its diuretic and calming action, pumpkin also has antioxidant and anti-inflammatory properties. Widely used in the kitchen, in the preparation of various recipes, it is also used in natural cosmetics for the production of nourishing face masks.

Zucchini (Cucurbita pepo) are low-calorie vegetables, very suitable for low-calorie diets. Rich in potassium and low in salt, they are refreshing, easily digestible and useful for the health of the urinary tract and intestines.

> The vegan recipes of the month of September

> 5 recipes for the September diet