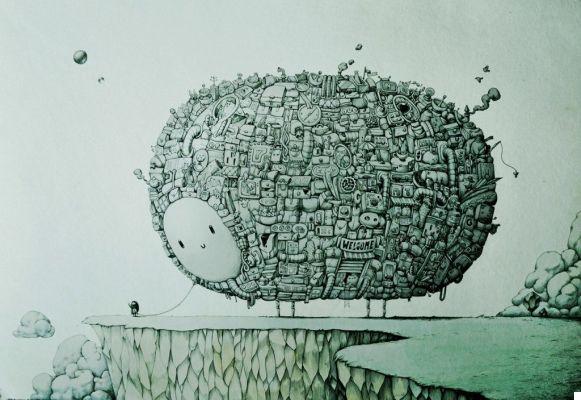 Usually, when something bothers me, irritates me or hurts me, I say it right away. Expressing this discomfort helps me to get rid of it, at least in part. Conversely, if I don't speak, I end up feeling doubly annoyed. Of course, not everyone reacts the same way. Some people prefer to remain silent. But the point is, the best time to indicate that something is bothering you is right now. If you wait, maybe it will be too late and you will end up complaining about what you didn't say or did, closing yourself in a vicious circle of thoughts that harm you.

Why is it important to express our discomfort immediately?

- Because nobody should make us feel bad. If someone oversteps our limits and makes us feel bad, we must not allow them to continue. In fact, the sooner we deal with it, the better, because then we won't throw "fuel on the fire" of negative emotions. Remember that no one can harm you without your consent, so don't give it to them.
- Because it is important to enforce our rights. We all have some basic rights that others shouldn't violate. If a person ignores us for no reason, behaves aggressively or humiliates us, we have the right to stop them.
- Because it is the fastest way to solve a problem. An old saying says that "when the donkey falls he is beaten". When we indicate behavior that bothers us, it all ends there and the issue usually does not take on enormous proportions. On the contrary, if we remain silent and feel offended, we will continue to carry the problem with us. Remember that everything that bothers you and is silent builds up within you. If we swallow one bitter pill after another in a relationship, anger and frustration will explode at the most inopportune moment and make us say or do things we regret.

The ability to assert yourself without hurting others

Assertiveness is a skill that allows us to assert ourselves without harming others. When we are assertive we stand up for our rights and express what we feel without hurting the feelings of the people around us. It is about defending our space while respecting the space of others. The problem is that when something annoys us we immediately get irritated, we get angry or feel frustrated. So we let the emotions speak for us and, when we claim our rights, we end up attacking others. Instead of self-asserting we end up attacking, which is not the goal. For this reason, when something bothers us, irritates us or hurts us, we must try to be as assertive as possible. Take a step back, metaphorically speaking, and try to disconnect from your emotions, try to transform yourself into an outside observer. Only then can you say what you don't like. For example, you might say, “I don't like you screaming, it makes me feel uncomfortable. I think we will understand each other better if you lower your voice ”. This not only expresses your discomfort, but also offers a solution.When you act with equanimity, the other person realizes that they have exceeded certain limits. In fact, it is likely that he did it unintentionally. But if you get irritated and scream, you will only get the situation quickly escalating.

5 rules for expressing what bothers you

1. Use phrases that emphasize how you feel, such as: "I want ...", "I like ..." or "I feel ...". This will help you establish a deeper emotional bond with the other person. For example, instead of saying, "I'm tired of hearing you scream," you can say, "I don't like it when you raise your voice, I feel bad when you do."
2. Recognize the positive aspects of your interlocutor. It is not about praising him all the time, but you can highlight a positive quality of him, so you will make him more receptive to the message. For example, you can say: "Normally you are very quiet, but now you are screaming."
3. Don't use scolding, irony, or contempt. If you want others to respect your rights, you need to respect theirs too. This means that we should treat others as we would like to be treated. Don't resort to humiliation, recrimination and sarcasm to hurt your interlocutor. It would be low blows that won't make you a better person and lead nowhere.
4. Be concise. Many people are afraid of losing the approval of others, so they end up circling the problem and ultimately fail to achieve the goal. If something is bothering you, bothering you, or making you anxious, clear it up immediately. Don't be afraid to express your opinion. In fact, it is better to be direct so as not to give rise to misunderstandings. For example, instead of saying "you always behave like" you can be more specific by saying "it bothers me that you raise your voice". Remember that it is not about attacking the person, but reporting a behavior or attitude that you do not like.
5. Provide a solution. We often express how we feel, but we are unable to glimpse an escape route, so we enter a dead end. In fact, we should also consider that our interlocutor probably feels overwhelmed or frustrated. So every time we indicate something that bothers us, it would be appropriate to propose a solution, to indicate another way of doing things. For example, you might say, “I don't like your screaming. I suggest you go for a walk and talk quietly ".
Arguing with people who have different opinions deprives us of a lot of energy ❯