Il sago, also known as sagù or sagu (from French), is a starch which is obtained from the sago palm, especially from its pith, a typical plant of New Guinea, Indonesia and Malaysia in general, of Borneo and the Moluccas archipelago.

Not so well known to us, sago starch is, among local peoples, cooked and eaten in different ways, such as pancakes, as a sticky mass but also in the form of small balls, as, like tapioca, it is often marketed under shape of small pearls.

Properties of the sago

Not containing gluten, is also ideal for those with intolerances. 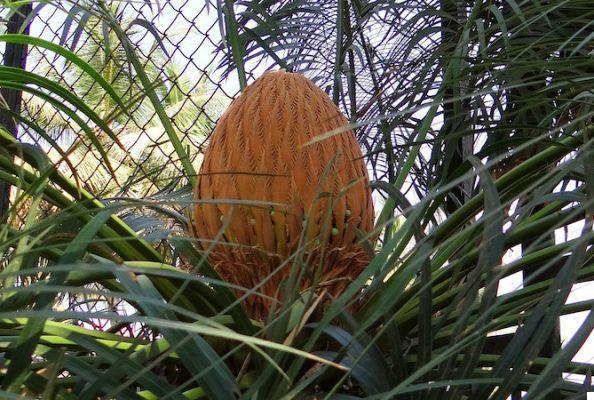 Food uses of the sago

Starch or sago flour it is cooked and used in the Indonesian cuisine to prepare typical baked goods, such as bread, wraps, biscuits; it is used, especially in Thailand, for the preparation of desserts, such as i puddings, but also drinks and smoothiesi.

There is also no shortage of fantastic vegetarian sago preparations, such as steamed meatballs stuffed with corn and peanuts (from the book "Thai Cuisine: Ingredients, Recipes and Techniques by Dara Spirgatis, Margit Proebst).

For the local populations, sago is therefore a product of considerable food importance and is also exported.

A typical and unusual dish isambuyat, practically the national dish of Brunei, a gelatinous paste prepared with sago powder and water; a candid and sticky mass is obtained which accompanies various dishes, especially fish-based.

Ambuyat has a neutral taste, so the various accompanying sauces will give it flavor. Shrimp-based sauces are the most popular, but there are all sorts of them.


Difficult to find, it is found mainly in well-stocked ethnic and Asian shops. In Milan there is a Filipino kiosk in Sempione that prepares it!


Other uses of the sago

In addition to being a food, sago is used for glucose manufacturing or for industrial purposes, connected with the treatment of fabric fibers for clothing, in the industry of paper, plywood and for the production of syrups.

The residual biomass of the sago can be used to produce energy and heat.