Safe food and Listeria: how to store food and avoid toxinfections 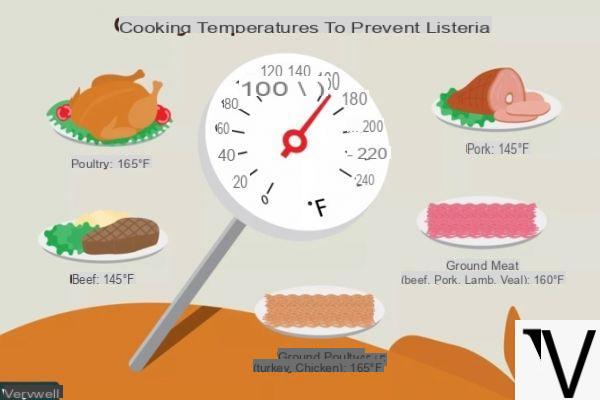 The precautionary withdrawal of some Findus soups due to possible contamination by Listeria (a dangerous bacterium) it has ceased a few days ago. But the fear of being able to contract a food poisoning, despite the reassuring words of Minister Giulia Grillo who immediately involved the Nas of the Carabinieri, continues to spread among consumers.

Who wants to have more information about the products disappeared from supermarket shelves (including freshona and Pinguin branded vegetables and corn mixes) can consult the site wellnessquad.com. Here, instead, we give you the advice of a super expert in food safety to learn how to preserve what you bring to the table.

FROM THE SUPER TO HOME

«Fridge and freezer they do not kill microorganisms possibly present in foods, but they block their growth until the expiration date », explains the doctor Luciano Oscar Atzori, nutritionist biologist. «If this has been exceeded or the food changes it is better not to consume it».

The first tip, once taken from the supermarket's refrigerated counters, is to put the food in the thermal bags and, once you get home, immediately transfer them to the fridge or freezer, leaving them in their original packaging. "If the food has frost on the surface it means that defrosting is starting: the food should be allowed to defrost completely and eaten as soon as possible », advises Dr. Atzori.

EVERY FOOD IN ITS PLACE

La temperature changes according to the zones. Distribute the shopping as follows: meat and fish in the lower compartment, eggs, dairy products, sweets based on creams and cream and food to be stored in the refrigerator "after opening" in the upper or central part, while fruit and vegetables in the drawer below. Out bananas, pineapples, citrus fruits, tomatoes, green beans, cucumbers, and courgettes all products not yet ripe which must be kept at room temperature. Inside the others, but without washing them first, in order not to cause an increase in humidity which favors the growth of molds and bacteria.

Remember that the exterior hatches are the hottest spots, intended for products that require only light refrigeration (such as soft drinks). Finally, keep the packages detached from the back wall: it is a cold and humid area where droplets of water and frost condense.

To defrost a food, put it in the fridge, not at room temperature. And before cooking it, check that it no longer contains ice.

«It serves to ensure that, during cooking, the dishes arrive at the right temperatures in all their parts, without there being external portions that are overcooked, or worse, charred, and other internal ones that are still raw, at the risk of microbiological persistence », emphasizes Dr. Atzori. «Many ready-made frozen foods, on the manufacturer's recommendation, can instead be freshly removed from the freezer as tests have shown that they cook perfectly and without risk ».

COOKED AND UNCOOKED AT DUE DISTANCE

Keep them in the refrigerator raw foods strictly separated from cooked ones: serves to prevent the microorganisms present in the former from transferring to the others.

“It's called cross-contamination and it's one of them main causes of food poisoning»Explains Dr. Atzori. “Store home-prepared foods in containers with lids or wrapped in cling film. Before "sealing them", however, let the contents cool well to prevent the steam from condensing on the cover and then falling back onto the food. Finally, eye a do not put a hot product in the fridge: causes sudden increases in temperature which can favor the growth of germs ».

Audio Video Safe food and Listeria: how to store food and avoid toxinfections
Mango: the benefits (not only) for the line ❯

add a comment of Safe food and Listeria: how to store food and avoid toxinfections