Rye flour, properties and use

Rye flour it is a food a low glycemic index ed high vitamin intake, useful for those suffering from diabetes and constipation. Let's find out better.

> 2. Properties and use of rye flour

> 3. Products made from rye flour 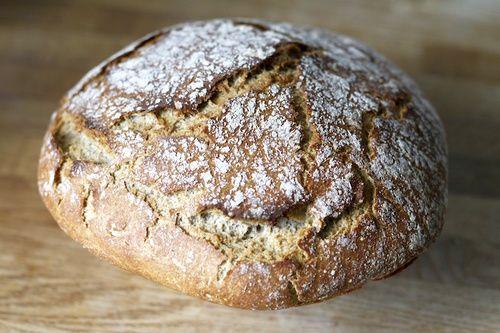 How rye flour is made

Rye is a cereal of Asian origin, widespread in Eastern European countries, the Americas and Turkey, from which flour is obtained.

During the Middle Ages, the production of rye was, in Europe, more important than that of wheat, thanks to its better adaptability to cold climates; they were in fact the populations of the north to determine the replacement of wheat with rye, still widely used today.

However, there are different types of rye flour on the market: wholemeal, type O (or white) and type 2 (or semi-wholemeal).

Properties and use of rye flour

This type of cereal is characterized by a high vitamin content (folic acid or folacin), mineral salts (sodium, potassium, calcium and iodine, contains good amounts of iron) and fiber.

Rye is also known for its high blood thinning properties, recommended for preventing aging of the arteries, hypertension and many related cardiovascular ailments.

There is no shortage of proteins in rye flour, characterized by having a greater biological value than those of wheat (there are more essential amino acids such as lysine and threonine).


Finally, rye flour has a low glycemic index, it is therefore particularly suitable in the diet of diabetics. It contains, even if little, gluten, unsuitable for celiacs.

The rye-based dough is not very elastic and almost devoid of resistance, because it contains little gluten. The bread that is obtained from it is very dark, with a characteristic flavor. Rye flour can also be used for the preparation of sweets, biscuits or cakes, pasta, focaccia and fried food.


Method: Dissolve the yeast with half a glass of warm water and put the flour in a bowl. Pour in the yeast and start kneading with your hands, gradually pouring the remaining water and finally the salt. Knead vigorously for 5 minutes, let the loaf obtained covered with a cloth rest for 10 minutes and mix again for 5 minutes. Cover and let rise for about 1 hour at room temperature. Take the dough and give it the shape of a loaf, which you will arrange on the baking sheet, sprinkle with flour and cover it for another 20 minutes. Turn on the oven to 220 ° putting a container with a little water, useful for humidifying during cooking. After 20 minutes wet the bread using a brush and water and engrave by making cross cuts, leave to cook for about 50 minutes.

add a comment of Rye flour, properties and use