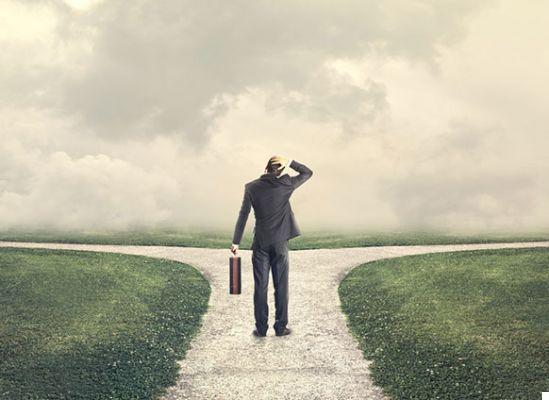 In 1867, an engineer named John Roebling was inspired by the idea of ​​building a spectacular bridge connecting New York with Long Island. However, bridge building experts around the world thought it was an impossible feat and told John to forget the idea. But John was a stubborn type. Hers was a crazy dream never realized before.

John Roebling could not ignore the vision of this bridge that he had in his head. He thought about it all the time and knew deep in his heart that the bridge could be done. He just had to share the dream with someone else. After much discussion he managed to convince his son Washington - an emerging engineer - that this bridge could be built.

Working together for the first time, father and son developed concepts of how this bridge could be built and how obstacles could be overcome. With great enthusiasm and inspiration, and with the excitement of a wild challenge ahead of them, they hired a team of people and began building the bridge of their dreams.

The project started well, but only after a few months a tragic accident on the bridge took the life of old John. His son Washington was injured in the accident and sustained severe brain damage, which he they prevented walking, talking and even moving.

“We told him. Crazy men and their crazy dreams. It is crazy to pursue wild visions ”.

So said the gossips in the good salons of New York.

Everyone had negative comments to make and felt that the plan to build the bridge it had to be abandoned, since old John was the only one who knew how the bridge could be built. Despite his handicap, Washington was never discouraged and still had a burning desire to complete the bridge, and his mind was still as sharp as ever.

Washington Roebling tried to inspire and convey his enthusiasm to some of his friends, but they were too discouraged by the daunting task. As he lay on his bed in his hospital room, with sunlight pouring in from the windows, a light breeze blew the thin white curtains and he could see the sky and treetops outside for only a moment.

There seemed to be a message telling him not to give up. Suddenly an idea hit him. All he could do was lift a finger and decided to make the best use of it. Moving a single finger, he slowly developed a communication code with his wife Emily.

Washington touched his wife's arm with that one finger he could move, indicating that he wanted her to call the engineers again. Then he used the same method to communicate, touching his arm with the only finger he could move, to tell the engineers what to do to finish the construction of the bridge. It seemed crazy, but the project was underway again.

For 13 years, Washington Roebling tapped his instructions with his finger on his wife's arm, until the bridge was finally completed in 1883.

Today the spectacular Brooklyn Bridge stands in all its glory as a tribute to the triumph of a man's indomitable spirit and his determination not to be defeated by circumstances.

It is also a tribute to the engineers and their teamwork, and to their faith in one man considered crazy by half the world. It is also a tangible monument to the love and devotion of the wife who for 13 long years patiently deciphered her husband's messages and told the engineers what to do.

Perhaps this is one of the best examples of an attitude of never dying, overcoming a terrible physical handicap and achieving an impossible goal.

Often when we are faced with pitfalls in daily life, our obstacles seem very large compared to those that many others face. The Brooklyn Bridge shows us that dreams that seem impossible can be realized with determination and perseverance, no matter what the odds are.

Even the farthest dream can be realized with perseverance and determination.

Idleness is a right and a duty

People Aging Badly: What Is It Due To?