Rock Up | How is it done? Common mistakes

It is wrong to think that leg day is a hellish day characterized by endless sets of barbell squats.

In fact, we have numerous options when it comes to using the squat movement to train.

We can train with weights, or free body. We can work with both legs, or focus on single leg movements.

The rock-up squat is a very interesting variation of the bodyweight squat: both for the dynamism it can express, and because it allows to improve back flexibility and, at the same time, to work the legs, buttocks and core. It can be done bodyweight, or with the help of a weight - a disc or a kettlebell.

The rock-up squat can be considered a ballistic, or swinging exercise: and if the basic technique belongs to the domain of bodyweight exercises, the use of weights allows us to simplify the learning phase, or to make the movement more stimulating.

The muscles involved in performing the rock-up squat are the quadriceps, glutes, and oblique abdominals. Secondly, upper and lower abdominals, hamstrings and calves are affected. 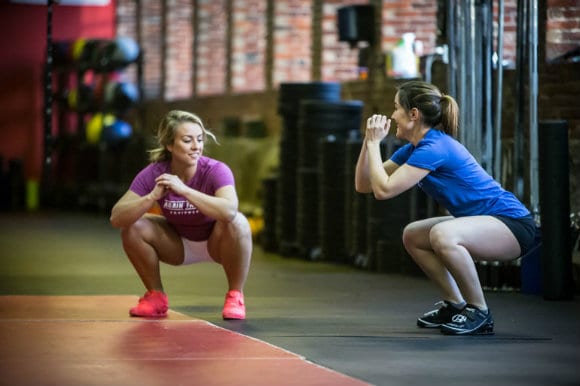 The rock-up squat is performed with a soft surface behind the shoulders, such as a mat.

As we learn the movement, then, a training partner's hand on the back can help us understand and control the movement.

At the beginning, especially, when we are not yet able to go back with the necessary decision, we can help by keeping a fairly light weight - like a 4 or 8 kg kettlebell - resting on the chest: the counterweight will help us get back up. 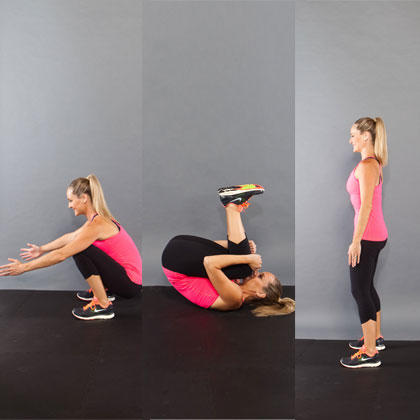 There are two caveats to consider when performing the rock-up squat.

In rock up squat it then becomes a very useful ally in the progression that will lead us to learn the pistol squat, or single leg squats which, it is worth remembering, is one of the most useful bodyweight exercises worth doing.

The rock up squat teaches us the correct mechanism of the pistol squat, as well as how to manage the fear of "falling" backwards, teaching us the correct way to do it.

add a comment of Rock Up | How is it done? Common mistakes