Reverse psychology: how to use it in love and to win back an ex

What is reverse psychology? How to use it in love?

La inverse psychology it is a technique through which we try to induce a person to perform an action (or not to do it) by suggesting to do the exact opposite. It is a very powerful weapon, which can be used in couple relationships, in winning back a partner, in marketing and in general in all interpersonal relationships.

Reverse Psychology: How Does It Work?

In psychology, the Reactance Theory states that when a person feels that he has lost the sense of control of a situation, for example because he is forced to perform an action, or is prohibited from doing it, he will immediately try to reassert his own freedom by doing the opposite of what he was asked to do (or not to do).

What is not recommended or prohibited becomes much more tempting, what is required or imposed becomes heavy and almost unbearable.

Obviously, the principle should not be taken in an extreme way: it is not true that we human beings always do the opposite of what is required of us, but the reactance always has some weight in our final decision, and sometimes it can be the deciding factor.

Reverse psychology, which exploits reactance, is a technique by which one tries to induce a person to perform an action (or not to do it) by suggesting to do the exact opposite.


It is particularly effective when it is possible to apply it in an implicit, subtle, masked, not very obvious way. It is therefore necessary to act on an unconscious level, not being too explicit in showing what you really want or don't want, in order to bypass the radar of the person you are communicating with. 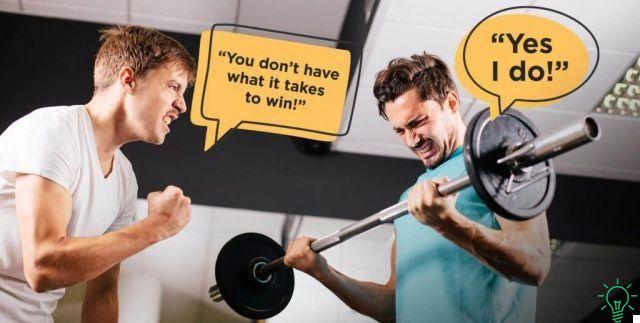 1. A large and bright red button with the words "do not press", which invites tremendously to do the opposite.

2. A girl who challenges a friend of hers by telling her that she will certainly never have the courage to steal an object in a shop, actually pushing her to do so.

3. A mother who tells her son that he doesn't want to eat: “I bet I can finish my dish before you”, prompting him to prove otherwise.

4. A seller who shows a customer 3 different products, saying that of the one with the highest price there is only one example left, enticing the customer to buy just that.

5. A grandfather who brings two gifts to his two granddaughters, and asks them to choose one each. The eldest niece, who knows exactly how to "cheat" her little sister, says she is interested in gift A, while in reality she wants gift B. The little sister immediately replies that she wants that gift too. At this point the elder sister agrees to "sacrifice herself", gives gift A and takes B.


Reverse psychology in love and in the couple

Reverse psychology can also be used very effectively in love relationships and in the couple, to push the partner to do or not to do something.

It's bad to manipulate people, so my advice is not to overuse reverse psychology in love, or at least of do not use it in a too invasive and manipulative way. Relationships should be based on mutual love and respect, not mind games.

1. Never ban anything: Make it clear to your partner that they are free to take the action you don't want them to do. However, make him understand implicitly the possible advantages he would obtain by not taking that action, or the disadvantages that would be encountered by doing it. Let's see an example:

Girlfriend to her boyfriend: “For me it's not a problem if you go dancing with your friends tomorrow night. You know how I think: it is important that each of us is free to do what he likes. Too bad though, because I wanted to spend the evening with you. Instead I will be busy in the next few days. But see you next weekend, that's okay ”.


2. Never impose anything: Make it clear to your partner that they are free NOT to take the action you would like them to do. However, make him understand implicitly the possible advantages he would get by taking that action, or the disadvantages that he would encounter by not doing it.

Boyfriend to his girlfriend: “If you don't want to come with me to the concert I understand you, feel free to choose. Too bad though, I had prepared a surprise for you… ".

Reverse psychology to win back an ex

Now let's talk about a very very interesting case: that of using reverse psychology to win back an ex.

Reverse psychology is a fundamental weapon when it comes to trying to win back a man or a woman, and an important part of the reconquest process is based on psychological techniques aimed at convincing the ex that his best choice is to come back with us.

Here are some classic examples of using reverse psychology to win back an ex.

1. Tell the ex that you agree with her decision to break up.

"I agree, it's probably the best choice for both of us."

By doing this you are making the most of the power of reactance in your favor: you are taking away from him all the power he thought he had, and you are making the idea of ​​getting back together with you to regain this power much more tempting in his mind. You will be surprised how a simple sentence can change everything.

2. Tell the ex that you accept their decision to leave you

“I accept your decision. I know our story is special, and I think you will soon regret leaving me, but I understand and respect the reasons why you are doing this. "

In this other example you are letting your partner do the action you don't want them to do, but at the same time you are showing the disadvantages they will face by giving up on your relationship. This eliminates the negative potential that the reactance would have if you told him “Don't leave me !!”, and at the same time give him a real incentive to stay with you. You will probably not be able to make him change his mind immediately, but you will plant a very powerful seed in him, which will soon give its effects.

The principle of no contact is a classic in reconquest, and a pillar of the same: it consists in ceasing any type of correspondence with the ex for about a month after one is left.

You can find the exact explanation of the no-contact principle in this article, so we won't elaborate further here. Just know that thanks to this principle you will be able to destabilize your ex, making him feel that he has lost control over you and your relationship, and therefore pushing him to recover it.

Before he (or she) believed it would be enough snap your fingers to have you back, while now having no more news of you, he will start to miss you incredibly. The reactance will start working day after day in your favor, until the ex gives up and decides to contact you again.

And what will happen at that point?

After your ex gets back to you, you will need to confirm his doubts that he has lost control of the situation. You will be able to show him that you are now enjoying life, meeting new people, happy and very busy. It will really be a shock to the ex, who until a few weeks ago was convinced that he had you under 100% control.

To conclude I want to tell you that reverse psychology is a very important weapon, but you must not abuse it and you must not use it incorrectly.

And if we talk about relationships, the reverse psychology to win back an ex is a really strong technique, but you can't hope to get a person to come back to you and stay based only on a strategy of this type.

When work is rewarding ❯

add a comment from Reverse psychology: how to use it in love and to win back an ex