Recovery Times for Muscle Hypertrophy | Between Gh and Testosterone 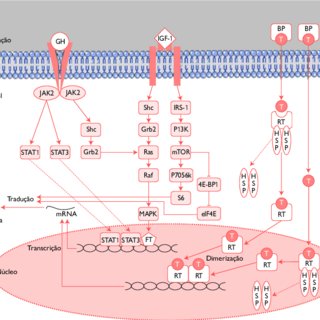 Training carried out in the gym with overloads initially induces neurogenic adaptations, and then causes biological and biochemical changes that can be summarized as:

According to studies conducted by Bosco and Viru, the optimal percentage to promote muscle hypertrophy is between 70-80% of the maximum, load with which on average it is possible to perform between 8 and 12 repetitions per series.

Using these percentages of load, a decrease in phosphates was noted, a condition that favors the formation of polyribosomes which in turn induce protein synthesis, at the base of muscle hypertrophic mechanisms.

Recovery time must be incomplete between sets, between 60 and 90 seconds, in order to keep ATP levels low, which also causes the production of polyribosomes. Moreover, recovering little between the series favors the production of GH (Kraemer, 1990); while observing a longer recovery time of about 3 minutes with high loads for a few repetitions, causes a greater release of testosterone (Bosco, 1995).


Exercising in these ways causes the depletion of muscle glycogen stores, with consequent production of lactic acid which induces a lowering of the pH of the blood.

This alteration in blood pH causes a significant increase in GH secretion which has emerged as the major accelerator of muscle anabolic processes (Kraemer, 1992).

The number of sets per muscle group is closely correlated with the duration of the training session. In fact, according to studies carried out by Kraemer, already after 30 minutes of intense physical activity you can notice a significant decrease in testosterone, linked to a progressive increase in the catabolic hormone called cortisol.

The increase of this hormone inevitably occurs in the activities of duration where the circulating sugars in the blood decrease.

According to the same study, the maximum GH peak is recorded after about 45 minutes of intense training. Arriving at training time there is an even more marked increase in the secretion of hormones: cortisol, adrenaline and noradrenaline, at the expense of testosterone and GH secretion.

It can therefore be hypothesized, in the light of the data collected by the study that an intense workout probably should not last more than 45 minutes, to be anabolic and non-catabolic.

But what exactly are GH and Testosterone?

Growth hormone, or GH, has a plasma concentration that is even a thousand times higher than that of other hormones, undergoing variations throughout the day and year.

During the day its ratio is inversely proportional to the glycemic rate and there is a very important peak during the first hours of night sleep. During the year there is a greater secretion of GH in spring and summer.


The main functions of this hormone are:

Through training it is possible to promote greater secretion of this hormone. The secretion of GH is in fact linked to the production of lactic acid, therefore performing workouts with overloads with high volumes of work, with series composed of medium-high repetitions, interspersed with short breaks, seems to be the best way to optimize secretion. of GH.


Other contributing factors for GH secretion are hypoglycemia and protein meals.

Testosterone, on the other hand, is produced by the testes and ovaries under the influence of the hormone LH, in turn secreted by the adenohypophysis. To promote the physiological secretion of testosterone of about 4-9 mg per day, cholesterol is important as a precursor.

For these reasons, testosterone is taken exogenously in high quantities by athletes who practice sports in which the benefits provided by high concentrations of this hormone within the body are sought. However, the contraindications caused by these assumptions are not negligible.

Training with overloads, characterized by high intensity, the use of very high loads, reduced work volume and long pauses between sets, is able to promote an increase in the physiological secretion of testosterone.

In women, testosterone secretion occurs in the ovaries and adrenal glands, in much lower quantities than in men.

Audio Video Recovery Times for Muscle Hypertrophy | Between Gh and Testosterone
Biceps tendon | How to reinforce it? ❯