Quinoa flour, properties and use

Quinoa flour it is obtained from the processing of quinoa seeds (Chenopodium quinoa), a plant belonging to the Chenopidaceae family. Highly protein and vitamin, in South America it is also used for washing laundry. Let's find out better.

> 2. Properties and use of quinoa flour 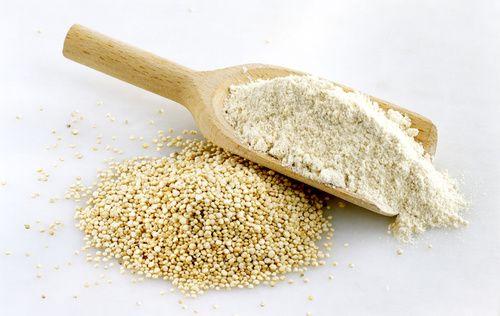 How quinoa flour is made

Quinoa flour is obtained from the stone processing of the seeds of quinoa, Chenopodium quinoa, a herbaceous plant native to South America, belonging to the same family as spinach and beets.

It has grown spontaneously for thousands of years in the Andes and for the local inhabitants it has always represented a precious nourishment, but it can also be cultivated. Quinoa seeds have a shape similar to lentils and a pleasant and particular scent that is also given to the flour.

Properties and use of quinoa flour

From a nutritional point of view quinoa is a very rich food: it has a high content of high biological value proteins, in particular it is rich in lysine, an amino acid lacking in cereals.

Among the vitamins, quinoa is rich in vitamin B2, as well as vitamin C and vitamin E. Thanks to this contribution, quinoa flour can be considered a food useful for protecting the circulatory system and body tissues.

Quinoa does not contain gluten and can be introduced into the diet of celiacs. The saponins contained in quinoa are considered miraculous for curing skin lesions.

Quinoa saponins are used in South America to prepare natural laundry detergents, while its stems are used for dyeing fabrics.

You can learn more about the properties, benefits and use of quinoa 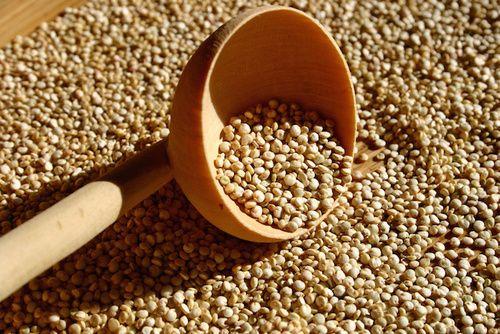 In cooking, quinoa flour is used around 30% mixed with other flours, such as spelled, wheat and kamut, to prepare baked goods, both sweet and savory, biscuits, biscuits, bread, bread sticks, cakes.

There are three major varieties of quinoa, which are distinguished by the color of their grains: red, yellow or black. All three varieties can be used.

In some organic food stores it is possible to find already ground quinoa flour. It is also found in herbalist shops and stores specializing in natural food, online and in fair trade shops. If you don't want to buy it ready-made, it can be easily obtained by blending the quinoa beans in the spice grinder or coffee grinder.

Preparation: Combine and mix the soy flour, quinoa flour and salt, gradually add the water to create a smooth and homogeneous batter. Let the batter rest for about ten minutes and then spread it on a baking sheet lined with baking paper. Bake in a preheated oven at 180 degrees for about 20 minutes or less, just long enough to turn golden.

How to cook quinoa?

Other articles on quinoa:

> Quinoa among gluten-free cereals: discover the others

> How to use quinoa: 3 recipes

> How to make quinoa bread

add a comment of Quinoa flour, properties and use