Psychology: not responding to messages, meaning and motivations 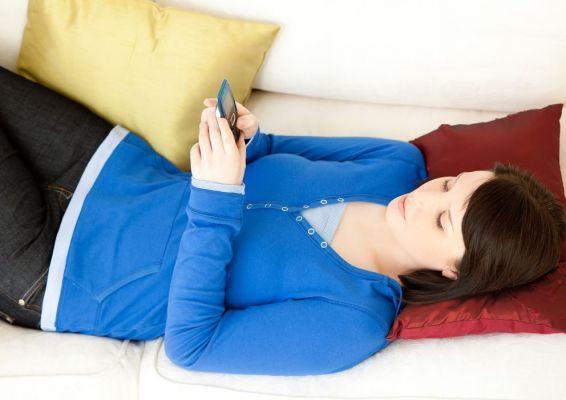 In this article, psychology helps us understand why a person may not respond to messages. Are you ready to discover the hard truth?

Some people respond to messages quickly and fully, but sadly most don't.

This problem has recently materialized for me in a conversation with a co-worker. We were discussing a topic of common interest when she told me referring to a third person: "He's a Millennial, he probably won't call me back, but I'll leave him a message anyway."

The ease with which he said it surprised me, it made me think and I talked about it with the others. There seems to be a marked gap compared to ten years ago in terms of the regularity and predictability with which all types of messages are returned.

Where is the sense of urgency? Call me a dinosaur, but I've always thought that answering messages was important, a sign of trustworthiness, a good thing in business. When I was in the corporate world, just three and a half years ago, I always made sure to reply to every message, unless a message was completely off topic, like someone calling me to sell me cat food, no later than end of. The day. Maybe I even left a very short voicemail or a short email, but I always responded. I saw it as a kind of responsibility.

There doesn't seem to be the same sense of urgency today. The situation is widespread, but it is perceived most acutely among Millennials. For example, voicemails are rarely listened to, emails may or may not be returned, a Facebook invitation may be accepted months after it is sent, text messages float unanswered in some kind of vast and random cyber vacuum. . While this isn't just a millennial problem, it seems to be more prevalent among young people.


What's happening? To try to make sense of my observations, I spoke to a number of people, including some Millennials. Interestingly, no one really disagreed with me; on the other hand, no one seemed too upset about this.

Here are 3 reasons why people may not respond to messages:

I always thought replying to messages was an unappealing but indispensable way of doing business. Unexciting and boring, but a must. I sometimes wonder what the long-term business implications are for productivity in a less responsive world.

Why might some people not respond to messages when you know they've seen them? A psychologist answers

Karen M Shelton, BA in Sociology and Psychology, responded to our question “Of course I can't vouch for others, but I can give some examples, based mainly on my own experiences”.


Here are some possible reasons why people may not respond to messages when they know they've seen them:

Sometimes the psychology doesn't matter, if someone doesn't respond to your messages, maybe it depends on the context.

It's also important to consider the relationship you have with the person you're texting with.


This could make a difference in how someone responds.

If it's your parents, your best friends or your partner and they don't answer you, maybe you should worry.

If it's a new relationship, maybe you're getting too loud, texting too much, he doesn't like you as much as you think, or you just hate texting. Or all these things together.

One of my friends, who is very into all dating apps, doesn't respond to messages if someone starts a conversation with Hi or Hei. Yes, this may be rude or disrespectful, but it is.

Some people don't like texting other people and prefer a person-to-person exchange. I personally love the phone and would rather call than text. Especially if it's someone I really like.

It's not always about you. In fact, it can rarely be about you.

Yes, it can be rude not to respond to the message, but if you don't respond, they are rude, not you.

Good luck to you.

Psychologists and experts reveal their tactics for a healthier, less divisive 2021 ❯

add a comment of Psychology: not responding to messages, meaning and motivations