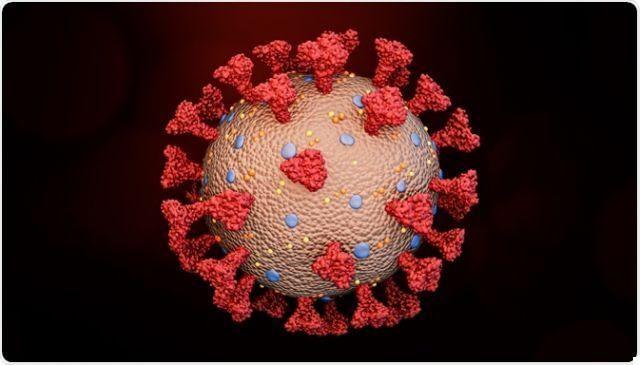 La proteina S it is an important anticoagulant factor, normally present in the blood.

Quest'element cooperates with the coagulative protein C during the process of clot formation, controlling its extension and counteracting the tendency to develop thromboembolic phenomena.

Il plasma dosage of protein S allows identification of acquired and congenital deficiencies. A deficiency in this parameter can result, for example, from liver failure, anticoagulant treatment, vitamin K deficiency, estrogen-progestogen intake or high levels of estradiol to induce ovulation.

Protein S is a plasma protein that participates in coagulation process: cooperating with other factors, this element has the task of counteract thrombosis (understood as excessive clotting activity), keeping the blood fluid. In other words, protein S is a physiological anticoagulant.

For this reason, a quantitative alteration or dysfunction of this anticoagulant protein represents a risk factor for thromboembolic events.

Protein S is synthesized in liver and in endothelial cells; its production is vitamin K dependent.

Protein S is the main natural cofactor for protein C, activated in the proteolytic degradation of Factor V and Factor VIII. Protein S is, therefore, a physiological coagulation inhibitor.

If there is not a sufficient amount of S and C proteins or these do not function adequately, clots can form uncontrollably. The consequences of this phenomenon can be mild or very serious.

The activity of protein S or its quantity can be deficient for various reasons. The decrease in the levels or the altered functionality of this parameter leads to a lower proteolytic degradation of factor V and coagulation factor VIII.

Therefore, its dosage is carried out for:

To evaluate protein S, two types of tests are available:

This information can be useful in determining the type and severity of S protein deficiency.

The examination of the coagulation protein S allows to measure its quantity and evaluate its functionality.

This analysis is generally indicated after an unexplained thrombotic event, as an aid to the diagnosis of hypercoagulation disorders, especially in young subjects (less than 50 years of age) and / or who have no other obvious reasons for manifesting this phenomenon.

Protein S testing may also be required in the case of multiple miscarriages. Furthermore, it is very important to check the values ​​of this protein before taking oral contraceptives; in women at risk, estrogen and progestogen drugs could cause venous thrombosis or other cardiovascular disorders.


Evaluation may also be advised when a patient has a close family suffering from a hereditary protein S deficiency.

In conjunction with the protein S test, the doctor may also indicate that the following tests are performed:

L'functional examination (protein S activity with respect to a reference interval) is equal to:

Note: the reference range of the exam can change according to age, gender and instrumentation used in the analysis laboratory. For this reason, it is preferable to consult the ranges reported directly on the report. It should also be remembered that the results of the analyzes must be evaluated as a whole by the general practitioner who knows the patient's medical history.

High levels of protein S are not usually associated with medical problems and / or pathological consequences, therefore they are not considered clinically relevant.

An increase in protein S can be observed in the case of:

Protein S deficiency or lack of activity may be due to:

Congenital or acquired protein S deficiencies result in ahypercoagulability (or one prothrombotic state).

Acquired protein S deficiency may be due to:

The acquired protein S defect can be associated with:

Often, in these acquired forms, the other natural anticoagulants, such as antithrombin III, are also decreased.

Congenital deficiencies of protein S can be caused by:

Protein S deficiency is generally associated with a increased risk of thromboembolic events.

An S protein deficiency results, in fact, in a reduction of the anticoagulant activity of the blood (or in a state of trombofilia); as a result, the risk of abnormal blood clots (so-called thrombus).

The most fearful consequences of this condition, said thrombosis, are heart attack, stroke and pulmonary embolism. Protein S deficiency is the underlying cause of a small percentage of cases of disseminated intravascular coagulation (DIC) and deep vein thrombosis (DVT).

Protein S examination is performed on a blood sample venous taken from the arm.

The protein S assay is a test used to aid in the diagnosis of hypercoagulation disorders or to investigate the causes of venous thrombosis or thromboembolism.

High levels of protein S are not usually associated with medical problems and are therefore not considered clinically relevant.

The acquired protein S deficiency is mostly due to impaired hepatic synthesis. Low values ​​for increased protein S consumption are characteristic of disseminated intravascular coagulation and the postoperative period.

A low protein S value predisposes to excessive and inappropriate clot formation. If the protein is not functional, the coagulation process does not function sufficiently or adequately.

This can lead to an increased likelihood of developing a clot that obstructs blood flow in the veins (venous thromboembolism, VTE), but the extent of the risk depends on how bad or deficient the protein is.