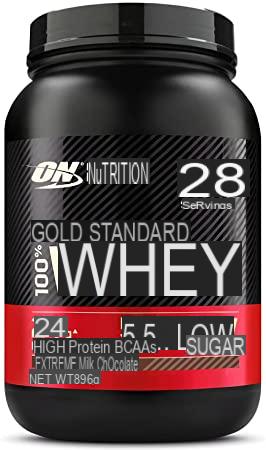 All the cells in our body contain proteins; they are present in muscles, bones, hair, skin and also serve for the synthesis of hormones such as insulin, GH, glucagon, etc.

Not to mention that the same proteins form enzymes without which we could not live. They are made up of subunits, called amino acids (AA). Some of these are essential for protein synthesis and for this reason they are defined proteogenici.

Some of these can be produced by the body, while the others must necessarily be taken through food. The former are called amino acids DON'T essential, while the second amino acids essential (AAE). A micro-category of AA is called conditionally or limitedly essential, because it possesses this characteristic only in certain age groups or in paraphysiological or pathological conditions.

For the body to synthesize proteins, all amino acids must be present; the lack or reduction of even one is a limiting factor.

Proteins that contain all essential amino acids in the right quantities and proportions (such as human ones) are said to have a high biological value (VB), while proteins that lack one or more essential amino acids are called incomplete (medium or low) VB. It indicates how effectively they are used by our body; "scientifically" we could say that the VB represents the ratio between retained nitrogen and nitrogen expelled from our organism for maintenance and / or growth.

Protein powders are probably the most used supplement in the bodybuilding world.

These play a very important role if it is not possible, with food alone, to reach the desired protein quantity. They can also represent a good quick and tasty alternative to the ordinary meal (chicken breast, natural tuna, egg white, light cottage cheese, etc.).

They play a fundamental role in the post workout, when trained muscles urgently need nutrients for rebuilding. Many manufacturers claim that the proteins contained in supplements are more easily metabolized than those derived from food. There is no study that confirms this thesis, the only difference between dietary and protein proteins is only the absorption time which is in favor of the supplement.

The whey proteins have a biological value equal to 100. The whey is obtained from the curdling of the milk, that is, the separation of the rennet from the whey. The first contains mainly casein, while the second contains many proteins, amino acids, but also moderate quantities of lactose, fat and cholesterol. To purify the whey from all those "harmful" substances there are several very valid methods, such as:

Casein is the rennet obtained from the division from whey. It has a BV of less than 80. It is very filling and is digested rather slowly due to its transformation, once ingested, into jelly.

Whey proteins are erroneously preferred to casina proteins because they are considered better. The main difference is not the quality, but the speed of absorption. In fact, whey proteins are absorbed much faster releasing, as a consequence, an immediate amount of amino acids. As for the casein proteins, as already mentioned, they are absorbed much more slowly, releasing the amino acids over time. In fact, studies have shown that whey enters and leaves the body in less than 2 hours, while casein is absorbed in 4-6 hours. So no one is better than the other, as some skilled trader would have you believe. Let's take advantage of these different peculiarities in our favor by assuming them in the following way:

They are among the oldest proteins on the market. They are of excellent quality and contain an excellent amino acid spectrum. They have a biological value of 100, they slow down gastric emptying. They are recommended in the post-workout smoothie because they contain good amounts of arginine capable of further increasing, in association with carbohydrates, insulin levels (an indispensable situation for a quick regeneration of muscle tissue).

Soy protein has never been considered worthy by bodybuilders because it is deficient in certain essential amino acids. But soy protein isolate has been on the market for quite a few years. In fact, they are of excellent quality and have an excellent amino acid spectrum. They are particularly rich in BCAAs (branched) and glutamine, very important amino acids for muscle development. Soy protein is especially recommended in the definition periods. In fact, they seem to increase the production of the thyroid hormone thyroxine (T4). The increased production of this hormone speeds up the metabolism. So during a low-calorie diet, soy protein helps reduce body fat percentage.