Proper training load | How much to train?

Author and references
Proper training load - How much to train?

When any athlete (or trainer / coach of the same) is planning the seasonal training load, a series of factors must be taken into consideration, in particular frequency, duration and intensity of the same.
By focusing on endurance sport, we can start with some premises related to the periodization that is usually structured in these cases.

Basically the progression will start from the overdistance (covering a greater distance each time than the previous one) and the endurance (resistance) training by switching to the focus on time (pace and pace of training, therefore intensity), lactate treshold (aerobic threshold, therefore submaximal work) and maximal effort (VO2max maximum effort) training.

These basic will be the starting points that will be organized / spread throughout the season of the athlete in question. The modalities can then be through classic 3: 1 periodization (3 weeks of loading and one of unloading), inverse (progressive decrease + unloading) of intensity and volume.

However, today more than ever it has been seen how it is not enough to start from these assumptions, but it will be appropriate to test upstream and monitor throughout the season the different parameters that will frame the athlete's characteristics in a subjective way and allow to structure a program. seasonal that has now been separated from the classic patterns and following customized corrugating models (loading unloading).

Once the training program has been set up and structured, the internal and external variables that may affect the athlete's "fatigue" or better fatigue will be many both in a positive (overestimation of the load) and negative (underestimated) sense [ie setting 4 weekly high-intensity sessions based on tests relating to lactate concentration but athlete with cramps and decreased performance already at the 3rd training…].

In this regard, the study recently published by Schumann and colleagues is interesting, in which training programs were compared on the one hand standard and fixed upstream or "training-load-guided", or structured on the data deriving from the devices of athletes and some of the variables described above, over 12 weeks of training.

The goal was to modulate the training in the second group (TL - training load guided) in a different way on a daily basis and to compare the improvements in resistance (endurance) compared to the group that followed the classic, standard program. No differences in training volume and frequency were reported, however the TL group showed greater improvements in endurance, VO2max and times over 1000m sprints.

A similar study (Manzi and colleagues, 2015), conducted on amateur marathon runners, evaluated the distribution of training intensity dictated on the one hand by standardized programming (objective) and on the other by the sensations and data collected by the devices by the athletes themselves (subjective ).

The researchers showed how the session-rating-of-perceivedexertion (RPE) compared to "table" training (TRIMPi method) on intensity zones produced similar "training-loads" in both cases, suggesting how the trend and the distribution of the training variables (volume, intensity and frequency) were similar in the two groups at the end of the study, confirming what has been said, that is, using instant data and planning week by week on the basis of subjective data training can now be considered the strategy winning for endurance athletes. 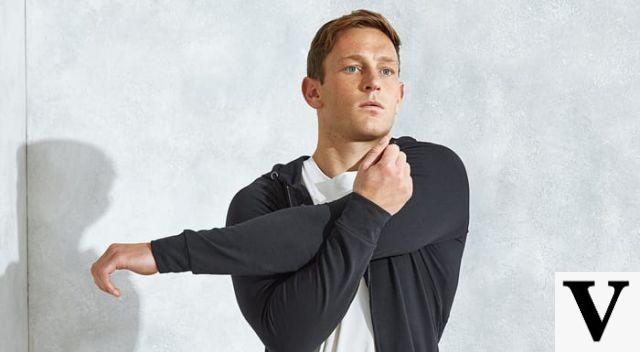 Also in this case It is evident how personalization is a fundamental aspect and how each athlete / individual needs specific considerations and training strategies in order to avoid overreaching and overtraining syndrome with subsequent decline in performance.

These aspects / analyzes can of course be applied in particular in endurance contexts. However, the studies that evaluated the impact of training sessions in resistance training or strength / power sports took into consideration changes in body composition (ie increase in lean mass) or strength increases (ie 1RM test) without to date to report univocal data on the use of high or low frequency training programs, suggesting once again how this parameter should be developed on the characteristics of the subject as demonstrated by Thomas and Burns.

Furthermore, in these cases, assessing the workload at the central and peripheral level represents an additional variable with a considerable impact (Zajac et al., 2015). In any case, as suggested by Kawamori and Haff, setting an optimal "training load" and periodizing the training are basic elements for, for example, developing a training program aimed at increasing power.

Vos and colleagues show in their study that even in "elderly" subjects 69 +/- 6 years of age, a progressive intensity training program (20%, 50%, 80%) compared to 1RM in 8-12 weeks of training allowed the individuals under consideration to increase peak muscle power and maximal strength compared to a control group that trained without any specific program. 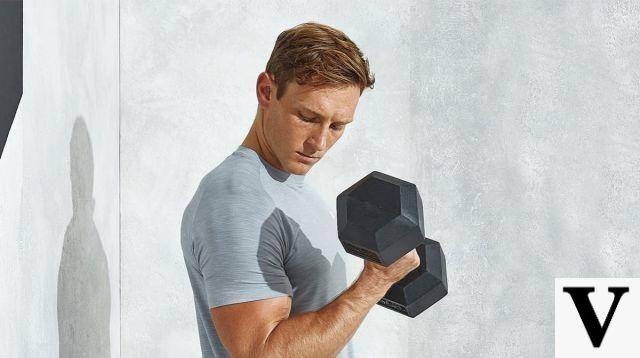 Still with respect to the periodization of workloads, Hartmann and colleagues suggest how to allow continuous morphological (hypertrophy) and basic continuous neurological (strength and power) adaptations, it is necessary to split and structure these phases over time and appropriately evaluate the respective progressions.
In this article, which had the aim of providing an overview of the different methods and tools currently available to monitor "fatigue" and modulate training programming accordingly, it was possible to observe how the scientific material that suggests the use of personalized programming and dynamics is more and more full-bodied.

It will not be enough then to follow the pre-printed table or simply the theory of the trainer / researcher "x" but in any case an adaptation to the subject and a continuous evolution of the variables of the training program will be essential.

Audio Video Proper training load | How much to train?
Protein before or after training? ❯

add a comment of Proper training load | How much to train?