Proactivity is: getting up early in the morning 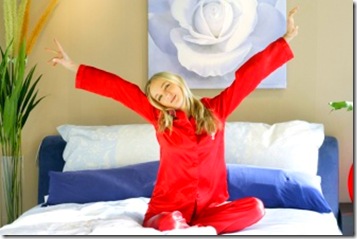 “God helps him who gets up quickly”, says a proverb of my city; which I imagine will have its correspondents in various languages, since popular wisdom has always gone beyond borders. In recent months, researchers from the University of Leipzig have confirmed this ancient idea. Starting from an interview carried out with 367 students, it was discovered that there is a relationship between being an early riser (which includes the ease of waking up and getting up and being immediately ready) and proactivity (understood as: the level of control one has on your daily life and how much you do to achieve your goals). It is emphasized that the correlation found is very weak, but statistically significant. Similarly, it was found that people who used to wake up late and toss and turn in bed were less proactive. According to the researchers, there would be no doubts about the correlation, but nevertheless we will have to wait even before the development of a sufficiently solid theory to prove it. Does waking up early make us more proactive because it fills us with energy or because naturally proactive people tend to wake up early? I think this is a vital question, but we know that correlational studies in which the value of statistics prevails usually lack a sufficiently solid theoretical basis to support their results. However, this is not the first study that is carried out in an attempt to find relationships between the wake-up habits and the way of coping with daily activities. Previous research suggests that people who get up around noon have a tendency to be outgoing, pessimistic and creative, while those who get up early in the morning tend to be more rigid and conform to social norms. Additionally, some studies done with twins have gone further, stating that getting up early or later may be due to genetic variations. Personally, some questions arise: who has never felt extraordinary vitality by getting up early in the morning? But at the same time, who hasn't turned out to be particularly inefficient precisely because he got up too early? Or maybe, who hasn't created something extraordinary after getting up early in the morning? In short, as on other occasions, I believe that these results could be applied to many but could be a very bad explanation for the case of others. Everyone must know each other in depth to determine for himself which are the hours in which he is most productive. Trends, many times, only serve to tell us that we are out of the ordinary ... or vice versa.

Broken Promises, Improved Promises — How Do We React? ❯

add a comment from Proactivity is: getting up early in the morning