Prioritize Priorities - How to Do What Really Matters

Give priority to priorities is the third rule of “The 7 habits of higly effective people”, one of the most famous (and also valid) personal growth books of all time.

I prefer the original English version of the rule, "Put the first things first", because that double "first" indicates the obviousness of the thing even better: the "first" things must be put in the first place.

It would be enough to start each of our days following this obvious rule to obtain, in a short time, exceptional results, in study as in work and in personal life.

And instead, unfortunately, we tend to manage our time and energy according to:

Since these are two names that I have just invented on the spot, perhaps it is better that I explain to you exactly what I mean.

La Spugna: "there are no priorities"

Sponges are very nice marine organisms, but they do not shine either for initiative, nor for assertiveness, nor for decision-making ability.

Who acts like a sponge does not have an action plan precise to follow and impose on others. 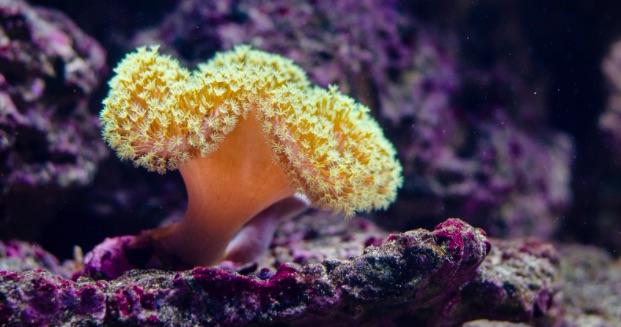 Instead, he behaves in a passive - reactive way, dedicating himself to things more or less in the order in which they occur.

And constantly interrupting, as new ones happen to him.

The sponge student, for example, tends:

Those who live according to the sponge method often find themselves in the paradoxical situation of being very busy, but of fail to complete with satisfaction most of the things he does.

The weather vane lives according to where the wind of its mood blows. 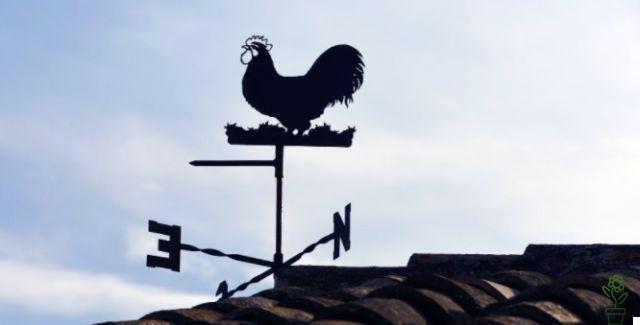 He is therefore able to make priority plans, and also to follow them and impose them on himself and on others.

Only these plans they last as long as inspiration lasts who generated them.

Often, the priorities of these people are not the result of deep convictions matured over time, but of the emotionality of more or less long moments.

And so they know how to act very resolutely, thanks also to a high level of motivation. But only for short periods, until the motivation runs out or shifts on other goals (I also talked about this problem in my article on motivation).

People who prioritize according to the mood of the moment tend to:

Unlike Sponge personalities, they are normally never too busy (except, in fact, at the last moment).

Instead, they tend to be lazy, which often makes them feel guilty.

And even when they have good results, and often do, they are rarely satisfied with them: regret in fact of not having been able to express their full potential.


But why can't you prioritize priorities?

"Put the first things first", or "Give priority to important things".

All the more reason after reading it again, you will agree with me that it is an indication:

Priority: the conflict between present and future

The main reason we fail to keep up with our priorities is that we are used, as a species, to to be conditioned much more by the present than by the future.

This is not necessarily bad, in fact, it is very Zen.

However, it poses a big problem: while for thousands and thousands of years what was important was also urgent - and vice versa - in the modern world this is almost never the case.

Once you saw a saber-toothed tiger, you were hungry, you were attacked by an enemy ... and you had to fight back.

Almost everything that was important therefore had to do with the present.

Today, however, almost everything that is important - health, career, competition, exam, dreams in the drawer - it takes time and planning.


In short, it has to do with the future.

And so, even if thinking about it we know that something is a priority, when it comes to making choices we don't take it into account.

For this reason, despite having an important test in a month, a meme on facebook or a video on tik tok is enough to distract you.

That's why you never start the book that will make you famous.

Therefore, immediately after discovering that the exam or the competition has been postponed for a month, you immediately abandon the books and start watching Netflix.

The fact is that we know what is a priority, but not we really have this in mind.

Priority: the difference between knowing and having in mind

“Having this” is one of those expressions that we all use very often.

But perhaps you've never paused to really consider it.

Reflecting on when you read this before, these two words take a new and different light.

Do not you think?

Indeed it is one thing know what are your priorities and that you should worry about them first.

This, as we have seen, is obvious.

It is another thing instead to have them present: that is, to feel the urgency, Here and now, you dedicate yourself to them with the same attention and constancy as if they were saber-toothed tigers ready to attack you.

We have seen that, for evolutionary reasons, our brain tries to give more and more importance to the here and now rather than to tomorrow who knows where.

Instead of fighting against this inclination, how about indulging it?

To do this, you simply need to visually represent your priorities, and make sure you have them in front of you as often as possible.

In this way it will be like carrying the future into the present.

Why visual cues work so well in fooling our brains is too long a topic to address here.

It has to do with the power that images have always had on our psyche, and one day I'll tell you about it in depth.

In the meantime, however, let's stay on the practical side by going to see two visual cues that I absolutely recommend to use to keep your focus on priorities.

The Eisenhower matrix is ​​built crossing the criteria of urgency and importance to obtain a scheme in which each activity is classified into one of the following 4 groups: 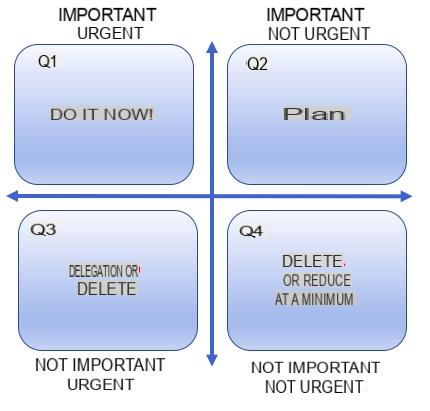 Once the matrix has been built, all you have to do is hang it in two or three strategic places, in such a way as to have it in front of your eyes as often as possible.

For example, near the mirror in the bathroom, so it will primer your day.

Or on your desk to remind you of what's important when you need it most.

The Eisenhower matrix is ​​particularly effective for identify and pursue your long-term priorities.

It is therefore ideal for keeping the weather vane personalities focused on the same objective.

(Note: learn more about the Matrix by going to this article)

The Ivy Lee method prescribes to compile, every evening, a very short to do list, which contains only the six most important things that you will have to do the next day, in order of priority.

The next day, you start working from the first one, and you don't dedicate yourself to the next until you're done.

Once the first is over, you move on to the second, then to the third, and so on until you complete all 6.

If you don't finish the list, move to the next day unfinished elements.

And naturally, repeat this pattern every day, every day.

This way you start each day by working on what is most important, and it is more difficult to get distracted by trivial things during the day.

Since the Ivy Lee method has a short-term horizon (the next day), it is ideal for keeping the daily focus of sponge personalities. 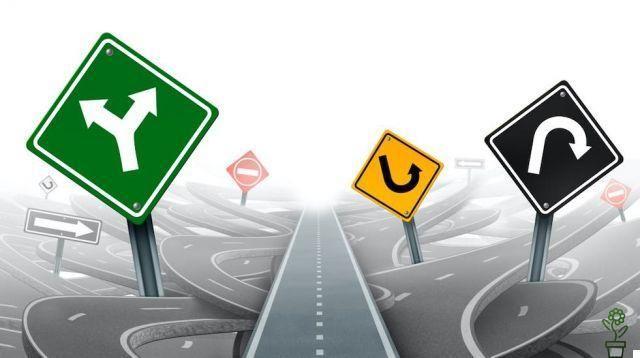 Naturally then, since it is easy to be both Sponge and Vane at the same time or according to the situations, the ideal is to use both strategies.

It will be like finding yourself walking down a road that is no longer in good shape, navigating between interruptions and distractions, but surrounded and guided by a series of precise and punctual signals, which remind you at all times of what you have decided that really matters.

From pronoia to awumbuk: 10 emotions you have experienced without realizing it ❯