Among the typically forgotten summer fruits we find the fig d'india which, with its sweet and refreshing taste, is indicated against the summer heat and has the maximum production in September, and the sour, another forgotten fruit, with a bitter taste that fortifies the body in early summer and can be kept for the whole year.

The prickly pear it is a cactus native to Mexico, where for millennia it has had a considerable commercial, alimentary and cultural importance for the local populations. Introduced in Europe on his return from the discovery of the Americas, he found an ideal habitat in the Mediterranean climate, especially in Sicily.

It is easily recognizable by the flattened oval blades and rich spines that make up the plant. After offering beautiful generally yellow or orange flowers, the plant produces fruits that very often we see left abandoned in the long walls of prickly pear typical of the southern country, especially Sicily, Puglia and Calabria.

Considering that the fruit can release particularly irritating small volatile thorns as a defense, the harvest often takes place in the early morning, when the halo of thorns are still enclosed, immediately immersing the fruit in a bucket of water, so that the thorns are released and trapped in the liquid. 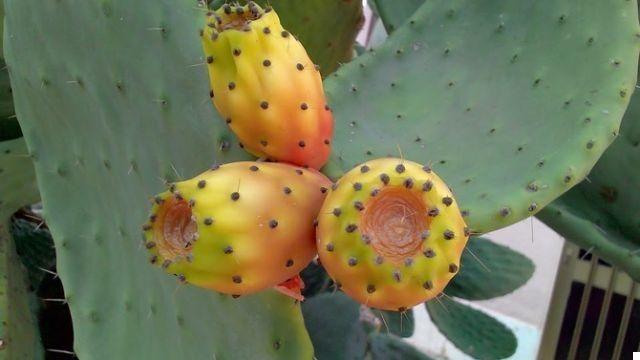 It is a rather underrated fruit and often used as an exotic fruit good for cooling off a bit from the summer heat thanks to its taste that has reminiscences of watermelon. In reality it is rich above all in magnesium and vitamin C and, especially in the cases of purple fruits, of antioxidants (anthocyanins), ideal for protecting against the action of free radicals, for fighting the degenerative processes of cells, and for dealing with type 2 diabetes.

And then rich in high quality dietary fiber, so it is excellent for maintaining digestive health. The shovels, also edible, are instead very rich in mucilage, pectin and hemicellulose, which make them ideal for slimming diets.

They are also rich in calcium, iron, magnesium and potassium, vitamins A and B6, and turns out to have anti-inflammatory properties he's able to boost the immune and cardiovascular systems. 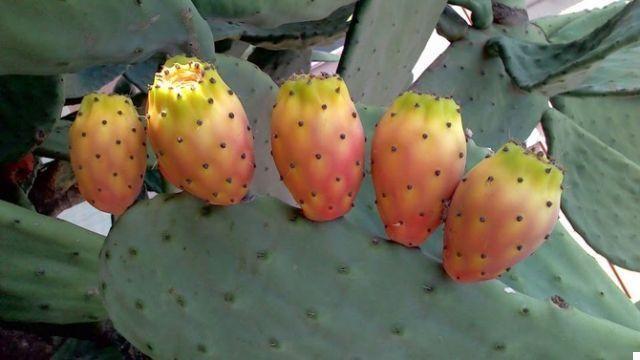 The prickly pear is a plant surprisingly versatile in the kitchen: the pulp of its fruits is excellent for making jams, chutneys, ice creams and sorbets. It also lends itself well to more sophisticated dishes: perhaps a dessert with liqueur, a fruit salad with balsamic vinegar or pancakes with a drizzle of crunchy batter and a veil of vanilla sugar.

The most classic recipes see it as main ingredient of various liqueurs which can be prepared in September when fructification is better and abundant in temperate climates. In Mexico there are several of them in different shades, and it is an ancient tradition of thousands of years.

But in addition to the fruit, you can also use the younger shovels (cladodes) (recognizable by the size and brightness of the color), suitably deprived of the thorns and washed: they can be chopped, blanched and sautéed as we would do with any vegetable; or they too are mixed and fried, as they are used to serve in Mexican streets.

When we talk about cherries we always think of sweet fruits to eat in quantity, delicacies to be eaten fresh, perhaps just picked from the tree, ideal for the taste of children; however, there are very close relatives of the Cherry tree, called viscioli, amereni or maraschi (Prunus cerasum), capable of producing interesting fruits, even if at first not quite palatable such as the common sweet cherries (Prunus avium).

Apart from the numerous wild specimens, the viscioli are cultivated for the precious wood and for the production of fruits, widely used in the food industry, especially for production of liqueurs or syrups from ice cream and pastry. It is thought to derive from a natural hybridization between Prunus avium and Prunus fruticosa, which originated in Persia.

Imported to Greece and Rome, it was later successful also in England and from there to the New World, although its popularity dropped sharply after the Second World War. Russia, Ukraine and Turkey are the largest producers in the world. 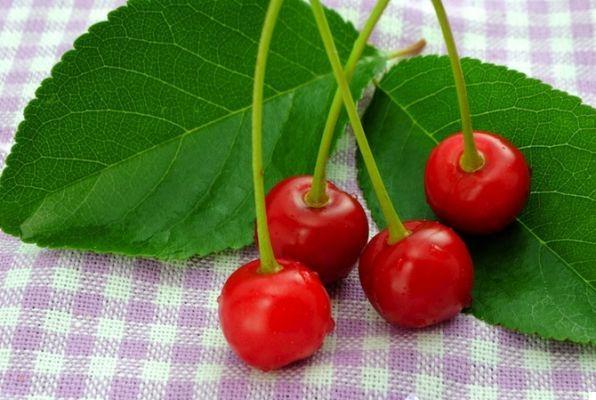 The sour cherries contain considerable amount of melatonin, important for sleep regulation, and have properties antimicrobial and anti-inflammatory. Compared to sweet cherries they obviously have less sugar but contain markedly higher doses of all the vitamins contained, including A, C and those of group B. They are also more rich in calcium, sodium, manganese and zinc and slightly scarcer in iron, potassium and phosphorus.


Most of their benefits come fromantioxidant action their Anthocyaninsbut not only that: sour cherries, unlike many other foods rich in anthocyanins, contain a vast profile of supporting substances that allow anthocyanins to express their full potential.

So much so that in the ranking of foods with the best anthocyanin content (not only the highest) they are in fourteenth place. They also protect the muscles from oxidative stress, pain, aging and promote a quick recovery of full health. 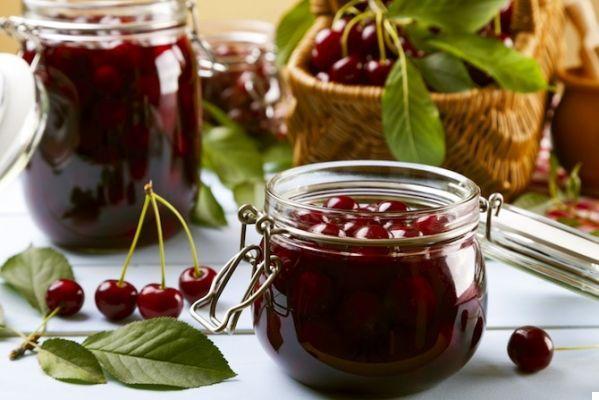 The sourness of sour cherries does not make them easy to eat; after all, if they are called "sour cherries", obviously there will be a reason.

So how can they be consumed? Most of the sour cherries are consumed by the confectionery industry, to make syrups or fruit in syrup which can then be consumed throughout the year in many dessert recipes.

The closed jars are immersed in a pot of water that continues to boil over the fire and is left for at least 1 hour. Subsequently, the jars are removed and placed in a frying pan, placing them upside down so that the vacuum is formed. These sour cherries in syrup are ideal to add to yogurt, cheesecake, biscuits, ice cream and various desserts.

Audio Video Prickly pears and sour cherries, forgotten fruits
Which yeast to use? To each his own! ❯